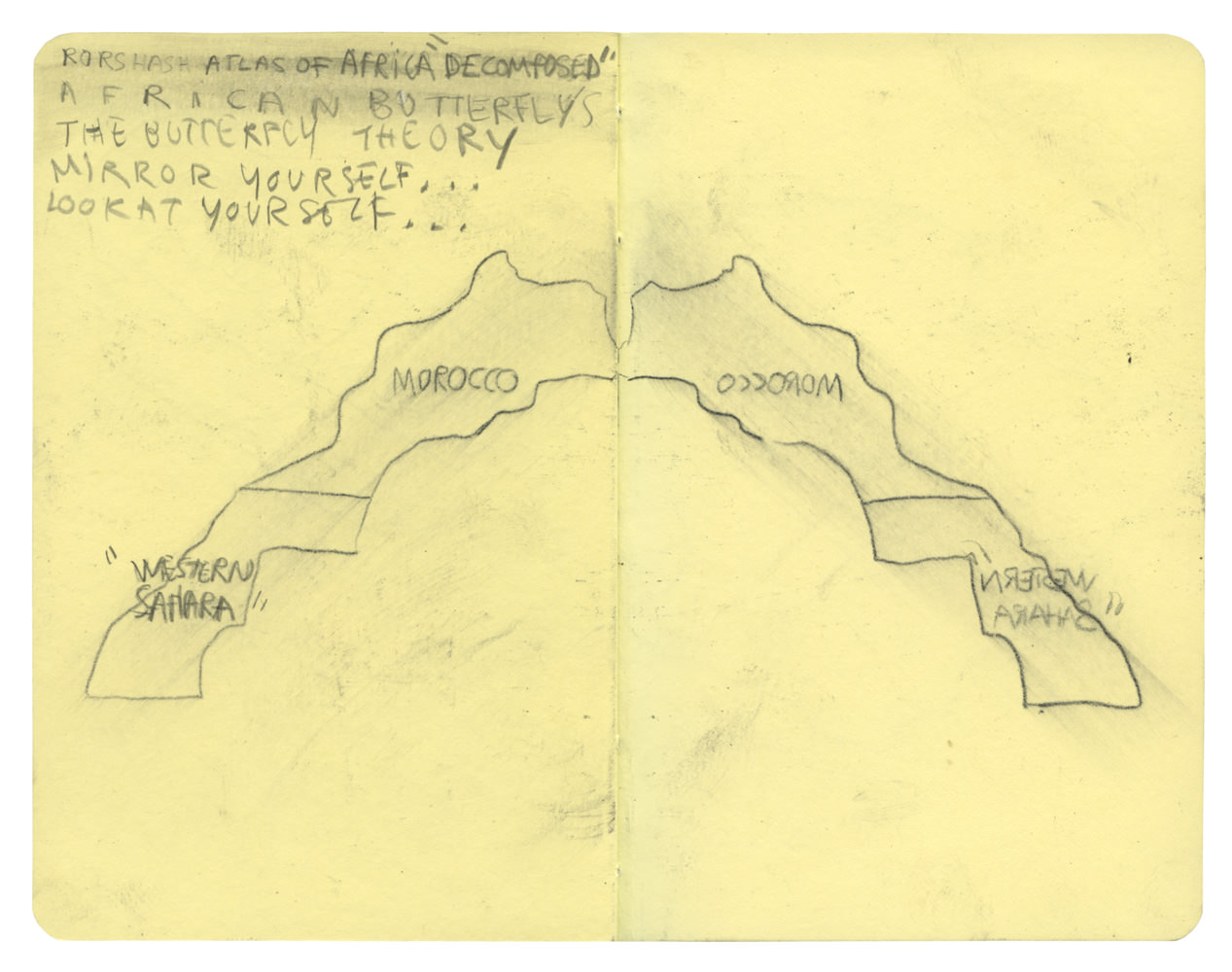 Are We Losing Sight of Four True Goals, 2010

“If imitation is the most sincere form of flattery, then… a constant daily routine keeps the mind busy?”

My contribution to the project is emotive/constructive. I did a notebook with a double reading between visual/social/historical/postcolonial issues and visual classic psycho/intelligence tests (Rorschach), the mirroring of one’s identity and many other issues one can think of or perceive as the pages of the Moleskine notebook go by.

Seamus Farrell, Irish, born in London but raised in Paris, where he currently lives and works, has based his artistic expression on an in-depth research work driven by a rigorous logic and a consistent thinking, imbued with a sense of playfulness. He has a penchant for re-inventing and telling stories, always following the same principle: the transformation of ordinary, banal objects into something else, by reconstructing, dismantling and reassembling them in new forms. The results are highly evocative compositions and spatial settings, which break with the precepts of neo-conceptual art. Regarded as one of the most vital artists in the European and international scene, Seamus Farrell is an alchemist, a collector, a cataloguer, a scientist, a geographer, an encyclopaedic mind, an artisan and a poet, a designer, a nomad of language and style.