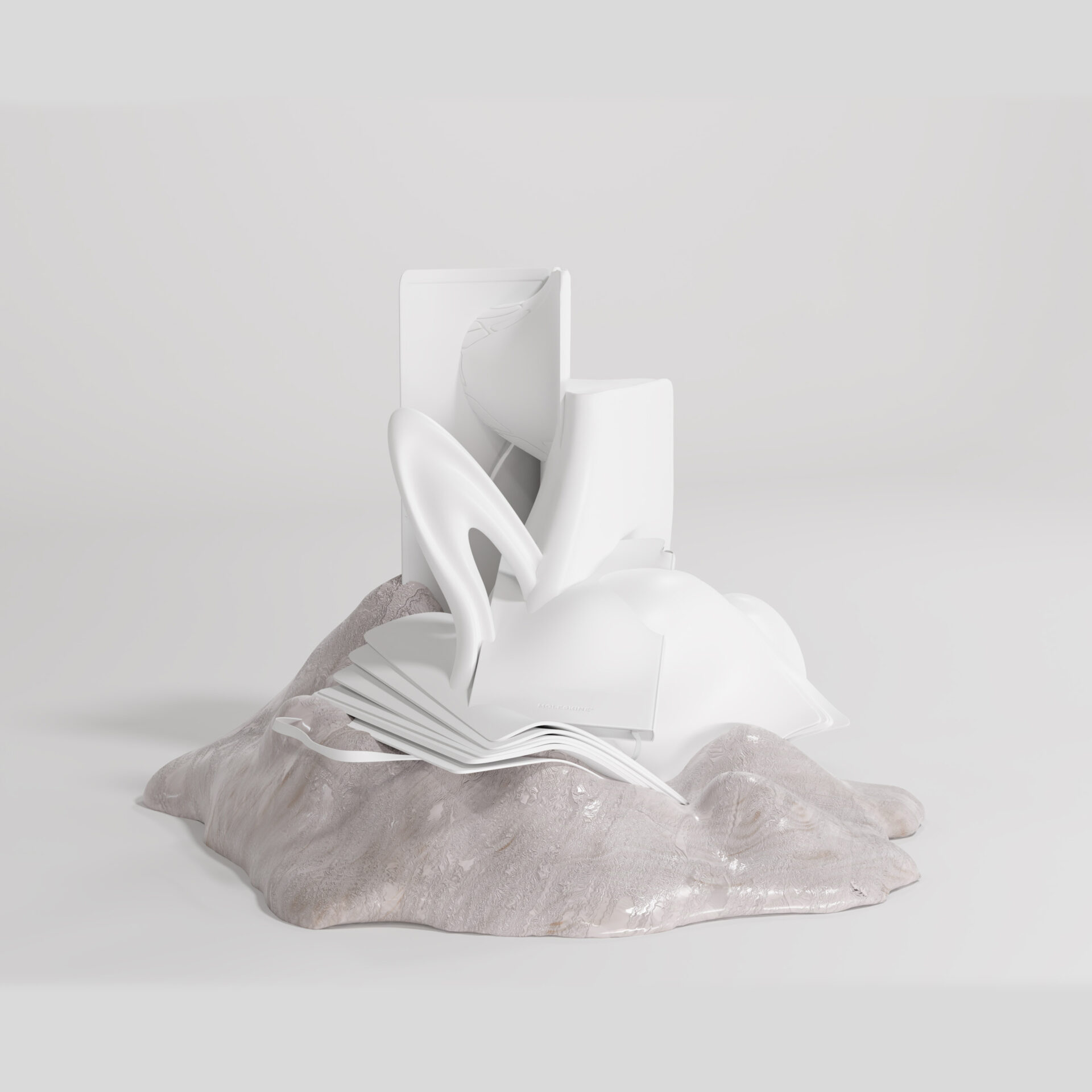 A journey to the past

An object of curiosity discovered in the near future. An archaeological artefact was found during a trip. This artefact of a past civilization, this notebook which was at the time a restitution of a mode of expression, of creation, of reflection. They find several of them during their journey, which amalgamates as they go along. The essence of an object is treated by scientists, stretched, analyzed in all its forms. The restitution of this imaginary story goes through the 3D scan of these buried notebooks, then printed in 3D, and inserted within semi-artificial earth made from paper. This same paper comes from the Moleskine notebook’s pages, which has become a strange material and no longer exists in this form.

Samuel Fasse is a multimedia artist who lives and works in Paris. He studied fashion at the Royal Academy of Fine Art in Antwerp. In 2017, he presented Le Regard Ailleurs, “The Look Elsewhere”, an immersive work at the Palais de Tokyo parallel to Paris’ fall fashion week lineup.