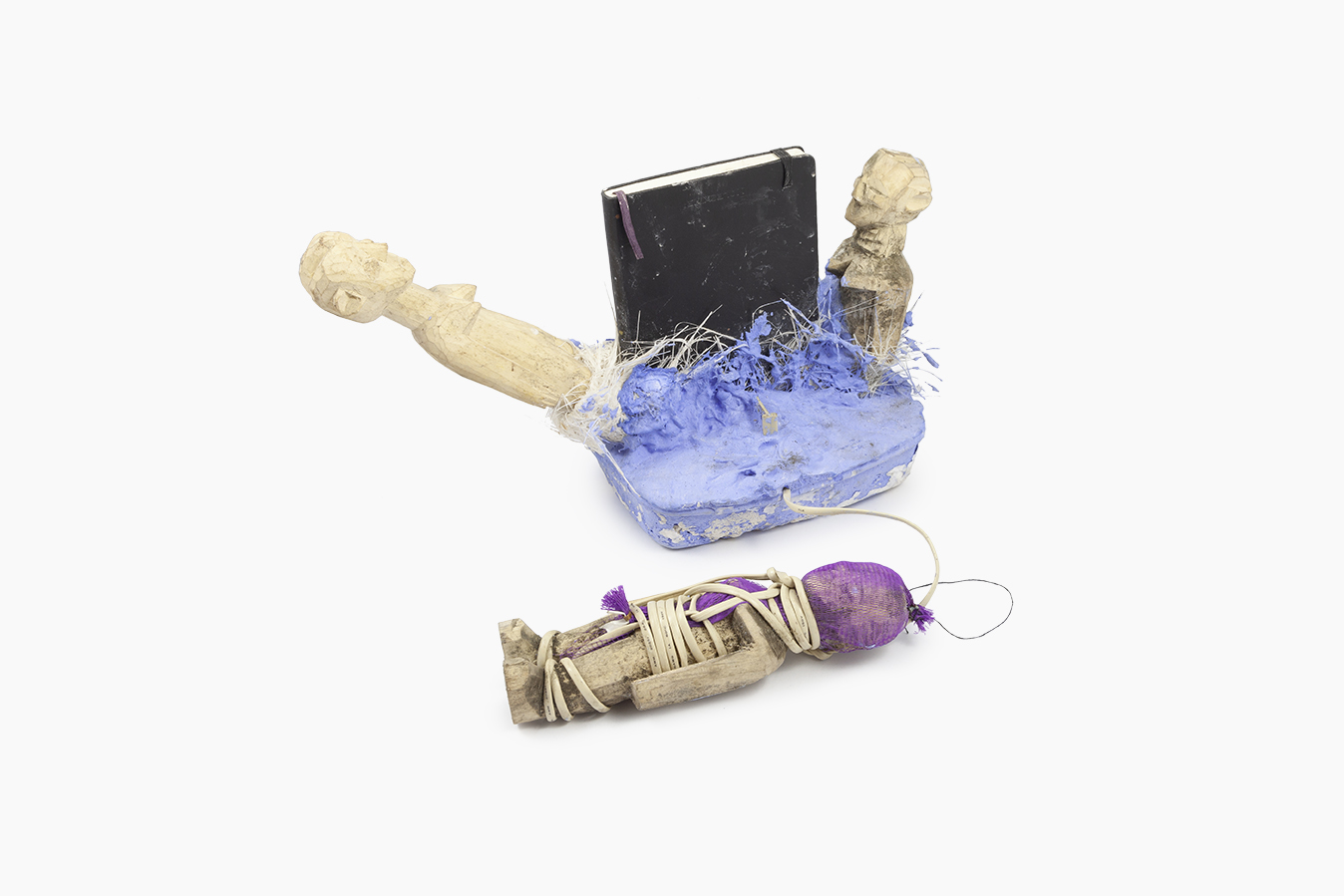 Born in 1970 in Ketao, Togo. He lives and works in Abidjan, Ivory Coast.

After having developed, at a young age, an artistic practice essentially focused on sculpture and assemblies, Sadikou Oukpedjo joins in 1998 the studio of Paul Ahyi in Lome, Togo. He then creates his own studio, 15kms from the capital, in the neighbourhood of Agoe Nyeve. Out of his works, which incorporate several traditional objects that he collected, he questions his cultural heritage through the prism of contemporary issues – political abuse of power, social inequalities and religious conflicts.