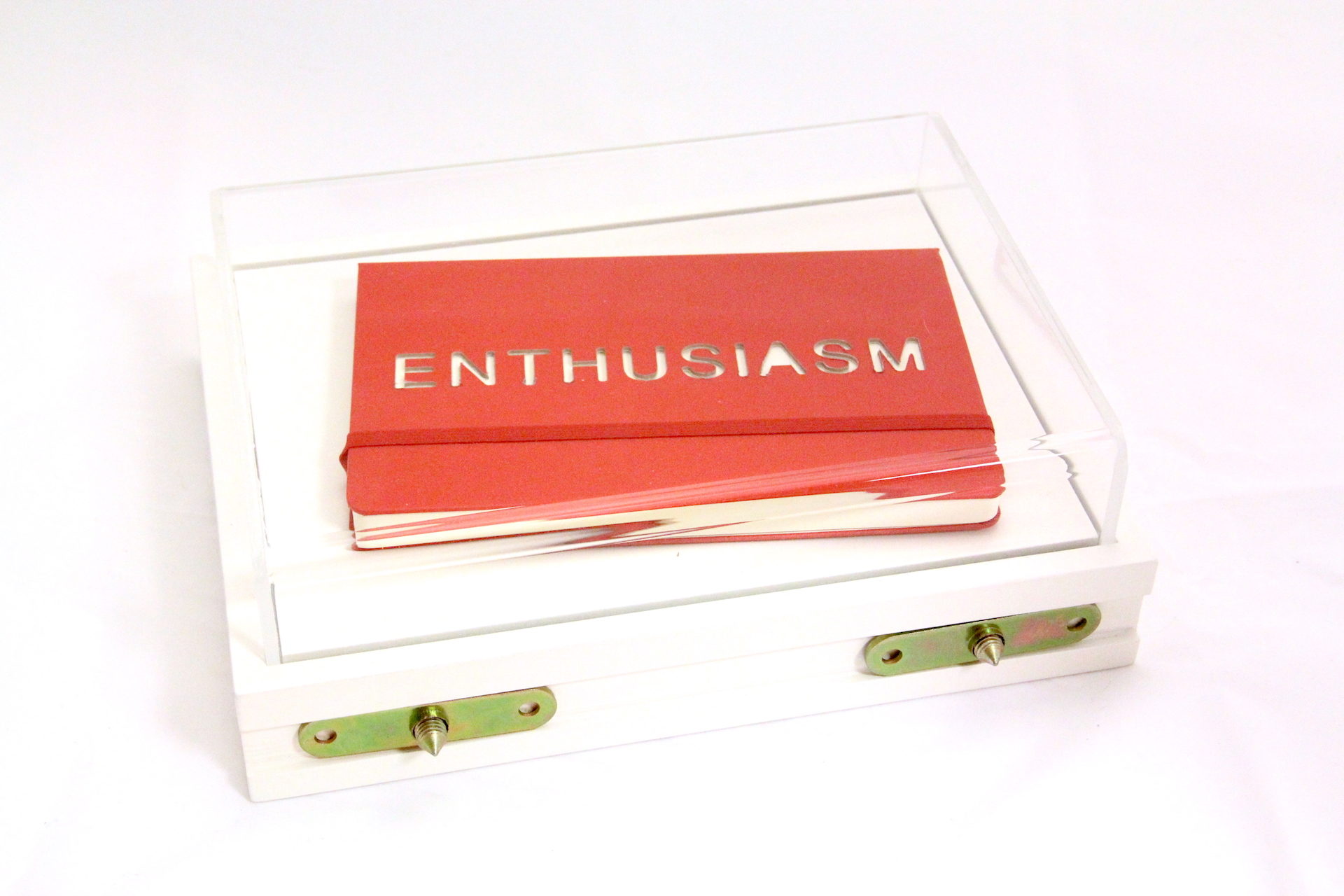 In the notebook I’ve “written” the word “Enthusiasm” and in the 3 images, the triptych, you can see some hands holding the red notebook. Enthusiasm should be a word that walks with us along our lives…and our book lives

Born in the city of Las Palmas, The Canary Canary Islands, Spain, in 1963. Currently lives and works in Las Palmas de Gran Canaria city. From 1998 to 2016 lived in Santander, Spain, and worked in this city, the Canary Islands and national and international contexts. Trained as an art historian at the University of Granada, Spain, (1981-1986) specializes in contemporary art, and works since 1987 as contemporary art curator and art critic has worked as an independent curator or linked to different art institutions.

Along with his specific artistic collaborations which artists who has been heavily linked in recent years, he decided in 2013 start making his own artistic work building with a group of collaborators the experimental short film “Suite Ruin”, his first artistic Project. This shortfilm was finalist on 2014 at the Mumbai Short Film festivals, Noida Film Festival in India, the Salón Internacional de la Luz de Bogotá and the Video Festival Intermediaciones in Medellín, Colombia.

In the months of April-May 2014 he presented his first solo interdisciplinary exhibition under the same name “Suite Ruin” at Galería Saro León, Las Palmas de Gran Canaria, The Canary Islands.

His video art piece “Suite Suite Ruin” linked to this project was exhibited in the months of June-July 2014 in the context of the international project “The Kennedy Bunker”, at the REH-TRansformer art space in Berlin, Germany and displayed as well at Intramuros Urban Festival on November 2014 in Valencia, Spain.

On November 2015 participated in the alternative Cairo Biennial, the Something Else Project, with his video work “Red Indian”. Cairo, Egypt.

October 2016 his “Red Indian” video was included in the Group show “Hors- les.murs” at the YIA Art Fair in Paris.

February 2017 The “Red Indian” video is included in the Group show Sample Project at ZONA MACO Art Fair in Mexico.