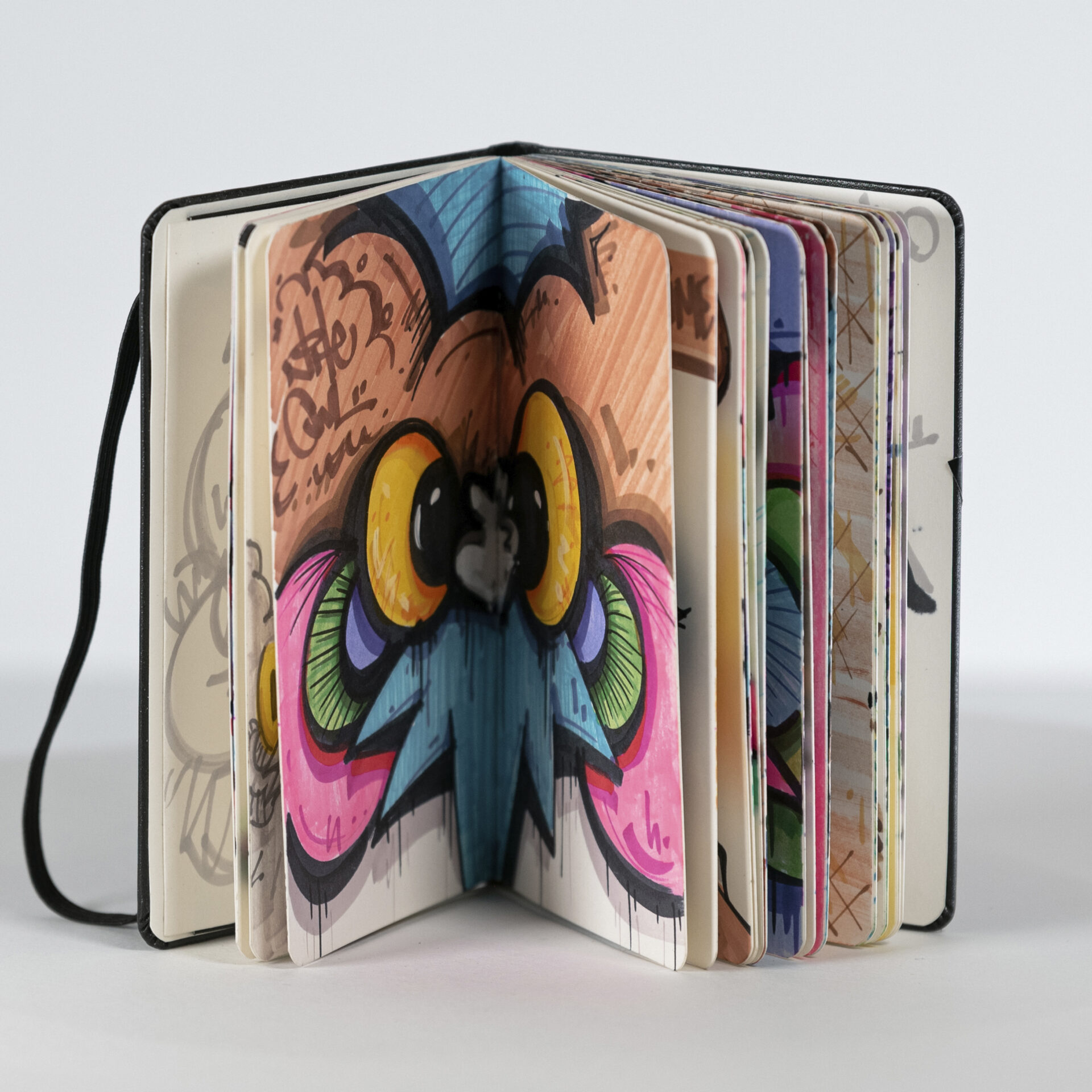 What is creativity? The ability to see what isn’t actually there. To be able to conjure up a physical representation of abstract thought. My sketchbook starts with an exploration of impressionistic owls awash in color and strokes. While realistic in their depiction, the colors are allowed to take over the composition. Halfway through the book, it is literally flipped into a series of character-based owls that inhabit their own colorful world of fantasy. Both sides are awash in vibrant colors. Owls are the medium, and colors are the message.

Daniel Zawadzki is an Oakland, California based artist whose expressive Owls explore colors and geometries and enter into the realm of “flatness.” A prolific artist whose signature owls jump off the canvas and engage the viewer. Whether a trail of stickers in the streets, large murals painted on walls or smaller works in galleries, Nite Owl’s works transfer the artist’s energy and intensity to the canvas. In addition to the San Francisco Bay Area, Nite Owl maintains an active presence, painting walls and spreading owl stickers throughout the streets of New York City, Paris and Tokyo. Career highlights have included painting the Berlin Wall in Germany, 5 Points in New York City, KingSpray in Amsterdam, Street Art City in Lurcy-Levis, France, the Meeting of Styles in the Lilac Alley of San Francisco, and most recently, contributing work to the Museum of Urban Art in NYC.