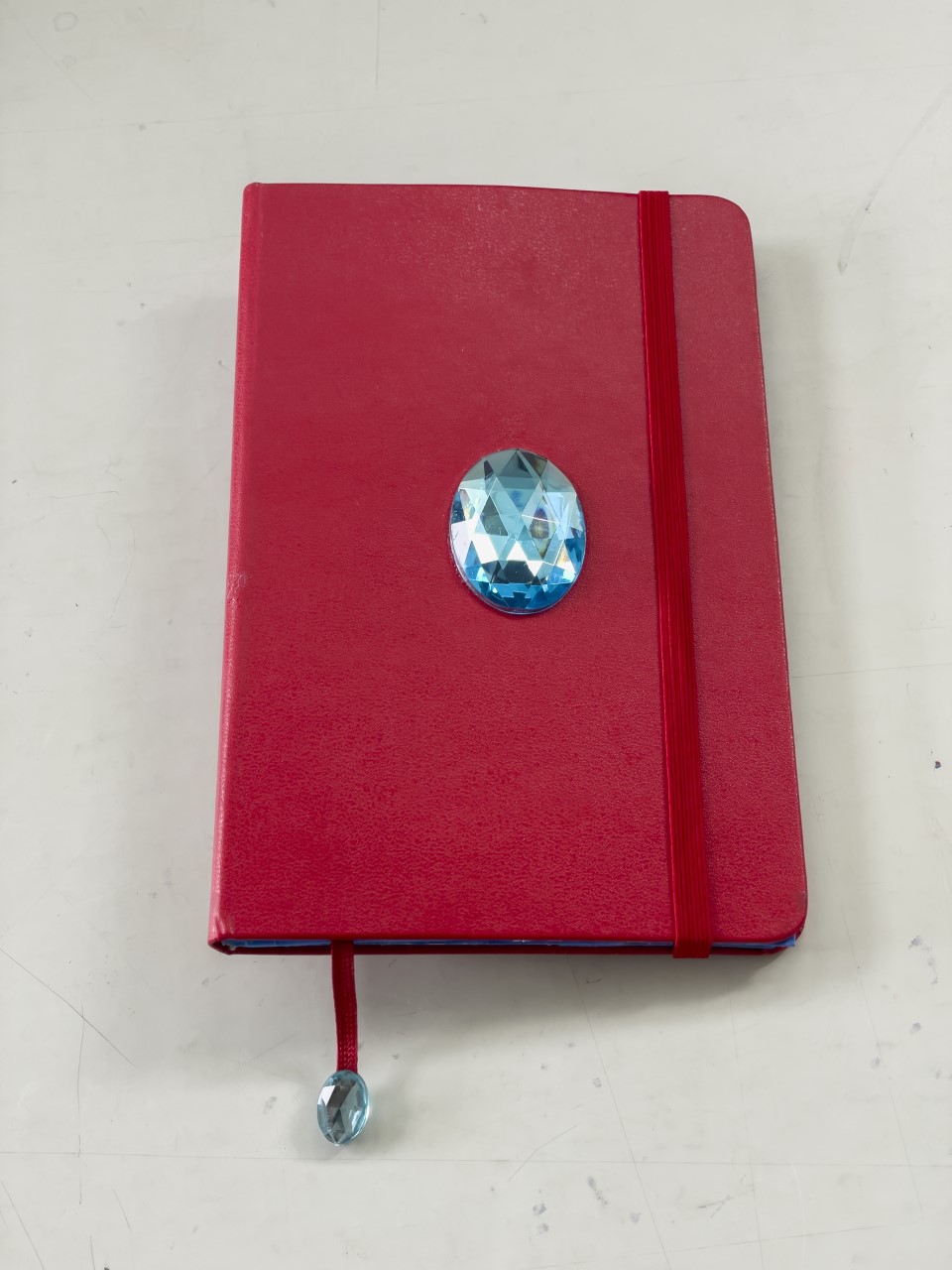 Knowledge, Imagination and the Power of Dreams

During an interview with The Saturday Evening Post in 1929, Albert Einstein said “Imagination is more important than knowledge. Knowledge is limited. Imagination encircles the world.” In Margaret Atwood’s poem Flying Inside Your Own Body, she writes, “there’s nothing above you, you see the earth now as an oval jewel, radiant & seablue with love.”

In making a work that reflects his continued motivation for seeing and experiencing the world, Brown removed all but four pages of a Moleskine notebook and constructed an aluminium paper airplane, representing knowledge, imagination and the power of dreams. The seablue surfacing and Rhinestones reflect Atwood’s earth. The texts are written left to write in a repeating circular pattern towards the center, a reference to Einstein’s circling of imagination and Atwood’s radiating earth.

Michael Christopher Brown (MCB) was raised in the Skagit Valley, a farming community in Washington State. He became known for his documentation of the 2011 Libyan Civil War and the resulting monograph, Libyan Sugar (Twin Palms Publishers, 2016). In 2018, Damiani published his book Yo Soy Fidel, a week long journey documenting the cortège of Fidel Castro. In 2022, Twin Palms will publish A Free Country, his work on the Cuban electronic music scene. With over 500k Instagram followers, MCB has exhibited at the Brooklyn Museum, The Museum of Fine Arts Houston, the Musee De L’Homme and others. He has been a photographer at National Geographic since 2005, is a former associate photographer at Magnum Photos and was the main character in the Michael Mann directed HBO documentary series Witness: Libya. He is also a writer, collector, Jiu-Jitsu practitioner and father. He lives in Los Angeles, California.