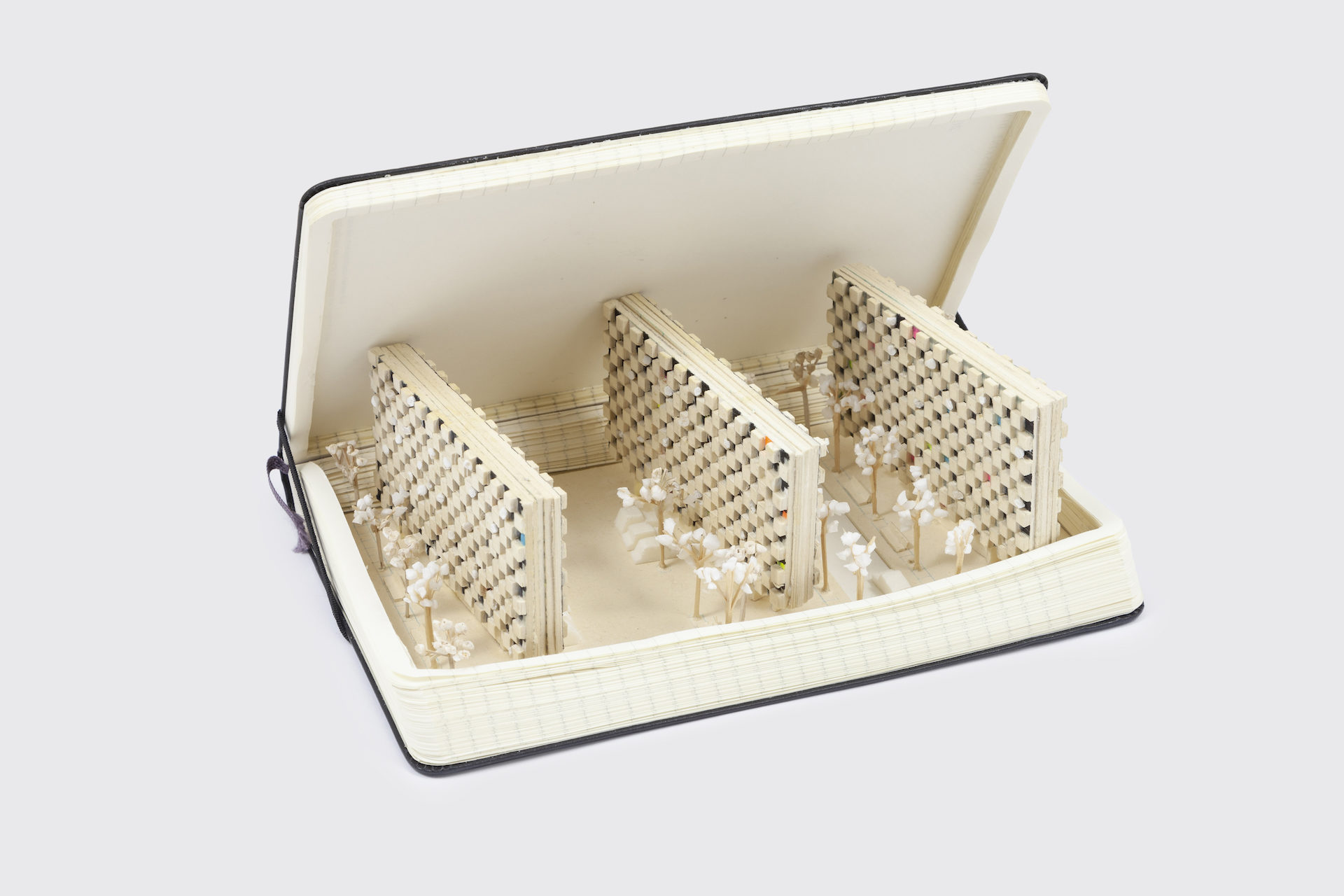 The notebook is carved out and metaphorically transformed into a suitcase, which in its turn contains the buildings and the trees. Three small buildings, with a myriad of tiny windows, side by side, all the same. This case may belong to a migrant or to a person who lives in his country, his city of origin. The buildings resemble those in any city, any suburb. They can be part of the memory of a person of French origin born in Paris as well as a person of Cameroonian origin born in the same city. If the places are part of everyone’s memory, becoming part of the personal, then the question arises: who is the stranger?

From this need to speak to all, comes the choice to not represent any particular city, but a reality that can be recognized as their own, or similar to their own, by any inhabitant of a western metropolis. The main inspiration, however, comes from a concrete reference, that of the barres de logements, which could be translated as “stick houses”, or the big housing solutions of the Parisian suburbs. They are the symbol of the hypertrophic development of cities. Suffocating construction crammed houses and modules that are repeated without variation: all manifestations of uncontrolled urbanization, which does not take into account the needs of those who are going to live there. The barres respond to the big problem of overpopulation that followed industrial development, especially from the sixties onwards.

(Readjusted and abstracted from the article of Bianca Trevisan on Doppiozero: Maurice Pefura: Who is the stranger?)

(Paris, 1967) Born in Paris to Cameroonian parents, lives and works in Milan

Maurice Pefura is an architect by training but has always centred his work on painting and installations. His research is focused on the relationship between the body and the space; that of the inner and the outer, the physical, that we are invited to share, with a particular focus on city suburbs.