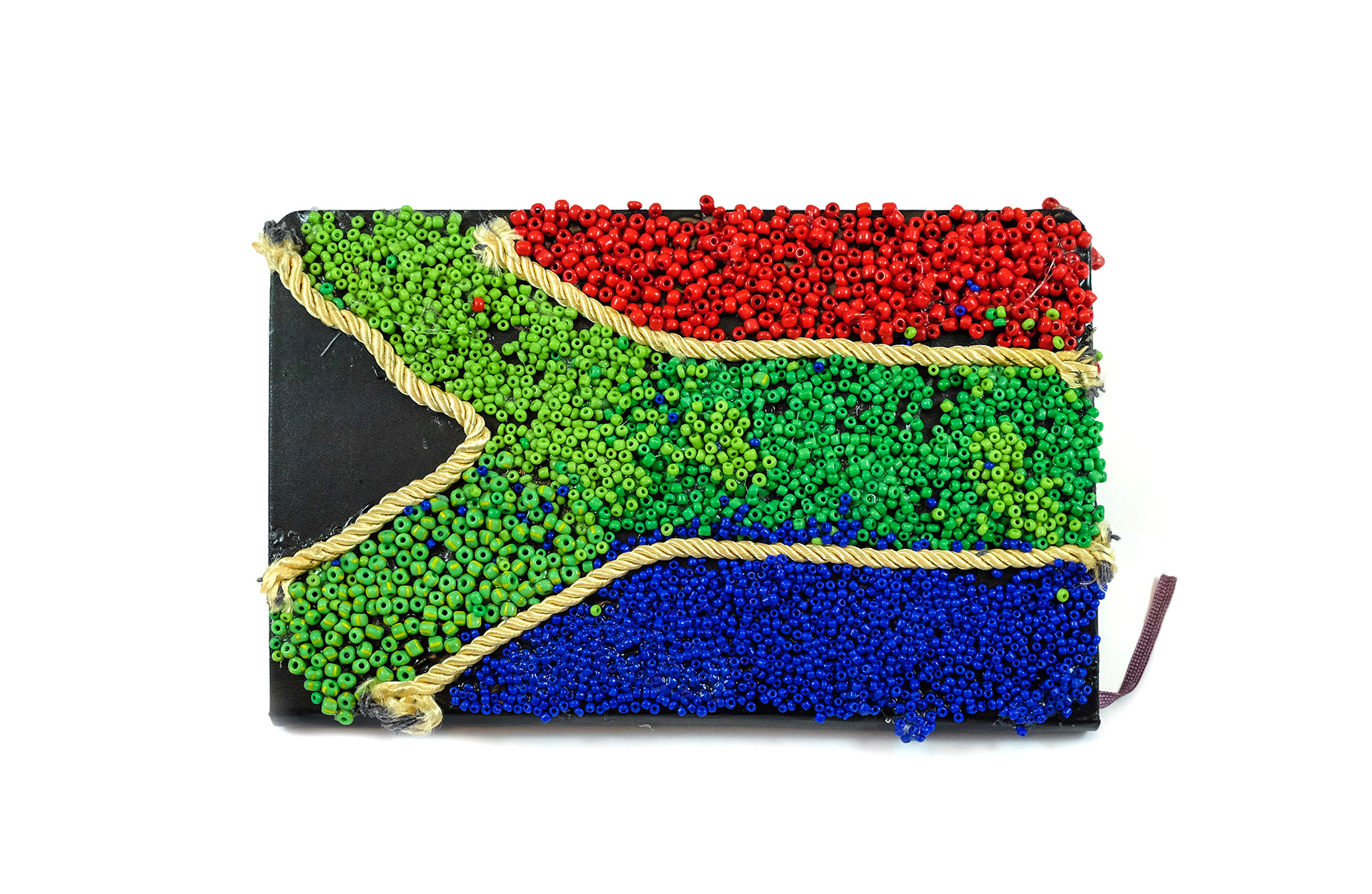 The flag on the cover

Constitution Hill is a feat of architectural hope and daring. The Court is a building that represents the Constitution and a physical manifestation of our constitutional democracy. The establishment of the Constitutional Court provided South Africa a blank page on which to write its story our own way.

One of the main artworks inside the Constitutional Court is a hand beaded flag which looks like it is proudly blowing in the wind. I wanted to pay homage to my country and the Constitutional Court by re-creating this hand beaded flag on the cover of my Moleskine. The court’s beaded flag is 250cm x 600cm in size and was made by a group of women, whose names can be found on the flag and who worked on segments of the flag for several months before stitching them together by candlelight. One of the segments was burnt and when the company that commissioned the flag found out – they ensured that the village where the women stayed had electricity – so there was a realisation of a human right through this process.

The pivotal design of the flag starts at the flag post with a “V” shape which flows into a single horizontal band that leads to the outer edge. This symbolizes the convergence of all the diverse South Africans taking a path towards unity.

I have used a woven rope in the making of the flag to depict the tug of war between good and evil. This is what I call the beautiful struggle- as South Africans I believe we are obligated to continue the tradition of fighting for freedom. Freedom has to be won all over again by each generation.

The tree in the middle

Constitution Hill has provided creative direction to my anger born from our past of brutal injustice. Constitution Hill is my south if south is understood as the cardinal direction where all life begins. Spiritually, Constitution Hill and the Constitutional Court are my points of departure, its where I can locate the heartbeat of the world. This place has taken a place of importance in my life of my activism because of what it stands for. It stands for the triumph of light over darkness. It has saved me from chronic anger by showing me that reincarnation is possible – life can begin where death once reigned.

The emblem of South Africa’s Constitutional Court is “justice under a tree.” The Constitutional Court emblem depicts people sheltering under a baobab tree. This is symbolic of the synergy between the law and the people. In traditional communities It was around this tree and on the soil that the community would meet for a “lekgotla”. A circle is the geometry of community.  There was room for all to have their say. Everybody was an active participant of the process. This is how justice was done- openly and inclusively. Many people died for South Africa to transition from an authoritarian state to one of inclusion symbolised by the tree- the blue buds on the tree represent the Constitutional Court’s Blue Dress artwork which is dedicated to Phila Ndwandwe – a soldier of the struggle who was killed by apartheid operatives.

Phila Ndwandwe was imprisoned, tortured and kept naked for 10 days by apartheid police in an attempt to find information about the freedom movement before she was fatally shot. When her body was exhumed by the Truth and Reconciliation Commission, the underwear she made for herself out of a thin blue plastic bag was found still wrapped around her pelvis. The artist, Judith Mason, was moved by this story that she made a dress for Phila out of blue plastic bags as an act of compassion.

I used the Solomon Mahlangu quote next to the tree in honour of those who died to make the tree possible. The tree that symbolises justice in South Africa today was nourished with the blood of many heroes like Phila and Solomon.

Lwando is a lawyer, writer, storyteller and a student of how change happens, especially how communities use creativity to transform pain into purpose and brutality into beauty.