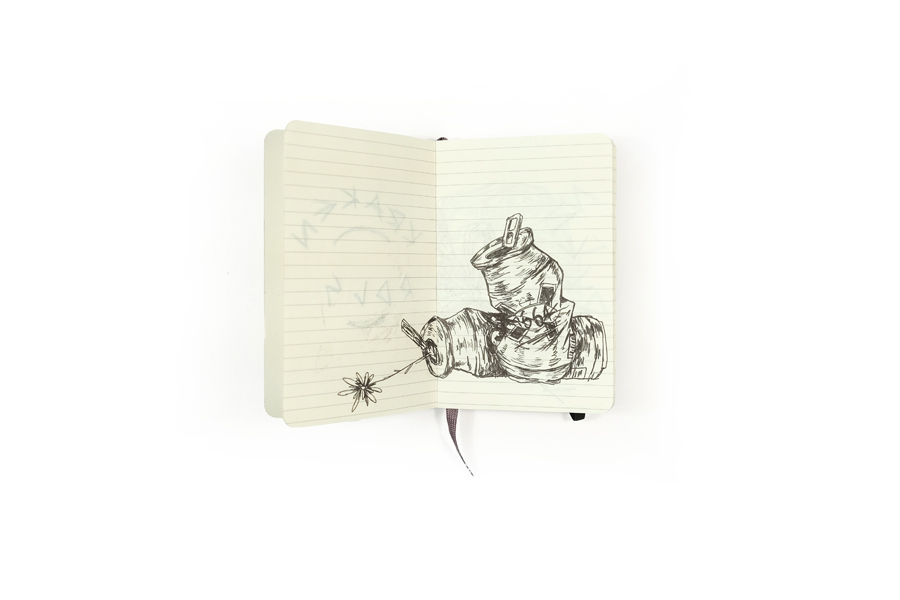 Since I’ve been drawing, I’ve kept a sketchbook; it allows me to fix ideas so that they don’t escape.

Currently based in Paris, fascinated by his contemporaries, everyday objects, the metamorphoses of the body linked to the passage of time – Philippe Van der Mandele (under the pseudonym Kraken) founded the RDLS collective with Vincent Chery in 2009. Several years of research followed to develop his drawing. In 2012, in order to escape the feeling of isolation that working in a studio forces him to experience, the artist began to paint alone, in the street, with a brush. His giant octopuses are now spread all over Paris, their endless tentacles running along the city’s facades and roofs.