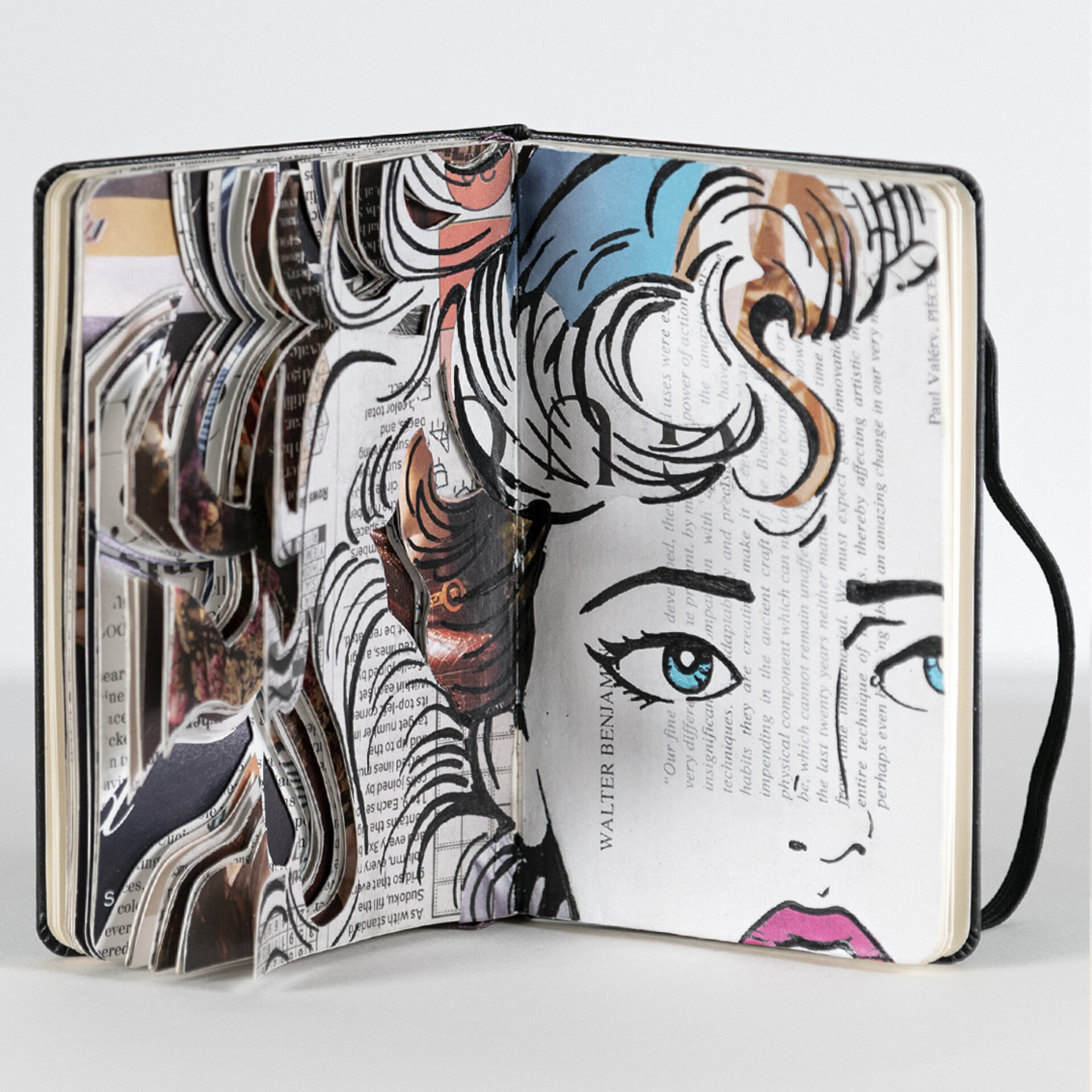 This work takes note of the swirling world around us. A constant bombardment of visual, audible, and sensory information. In an attempt to answer the question, “How can creativity change the world?” I wanted to focus on the importance of processing information. The title suggests that we are uniquely qualified to come together and share our interpretation of the world around us as creatives. It is the creative visions that anyone can apply, ones that will impact ourselves, the world around us, and beyond.

Joshua Horkey was born in Windom, Minnesota, in 1976 to creative parents that promoted his art skills throughout his youth. In 1994, Joshua attended the Fashion Institute of Design and Marketing in Los Angeles and Minneapolis College of Art and Design in Minneapolis in 1999 before settling in Southern California in 2001 to continue his career in the Apparel Industry. Shortly after, he created and launched Generica, an art-focused clothing line that was acclaimed as a considerable success. Generica disbanded years later with many product seasons, international distribution, press, and gallery shows to note. Horkey had a stint in Seattle beginning in 2008, designing collections of men’s clothing and travelling the world personally and professionally. This informed his design aesthetic and helped develop his artistic process. His most recent move brought him to Florida in 2011. After a successful career as a Designer and Graphic Artist in the Apparel Industry, Joshua focuses entirely on the creation of Fine Art. Horkey has drawn a great deal of experience in Fashion, Photography and Graphic Design, all of which have influenced the style of his artistic endeavours. With his diverse life experience, education, and professional acumen, Joshua Horkey creates his art with infinite curiosity and steady focus that can be seen in his work. Joshua currently works and lives with his family in southwest Florida.