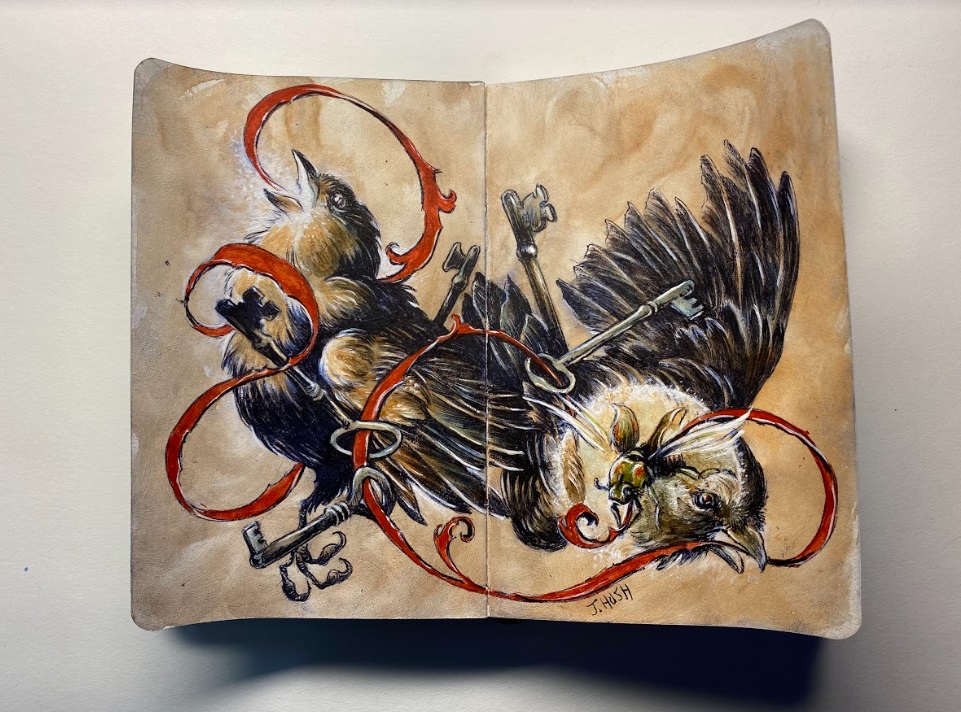 Illustrating the paths of one’s twists and turns through the maze of life’s obstacles and oppositions can be a map for others NOT to follow but to relate their own struggles. An outline to how everyone has twists and turns, ups and downs.

Jeremy Hush creates immensely detailed work using a ball point pen and found materials for pigment, often using his fingerprints to create shading, giving his work an aged, textured and timeless quality. Hush’s work reminds the viewer of being small again, but even smaller than they ever once were, being surrounded by nature, with the flurry of activity one finds under rocks and decaying logs seeming larger and noisier because of the shift in proportion. Hush’s work, illustrated with lush detail inspired by natural forms in various states of life and decay, could be as at home amongst Victorian botanical etchings as it is amongst contemporary illustrations. Hush’s work takes the 19th century aesthetic much deeper by adding to it his own cast of fascinating feminine, masculine and animal characters, journeying through his haunted landscapes, intriguing the viewer to attempt to chase down the phantom narrative.