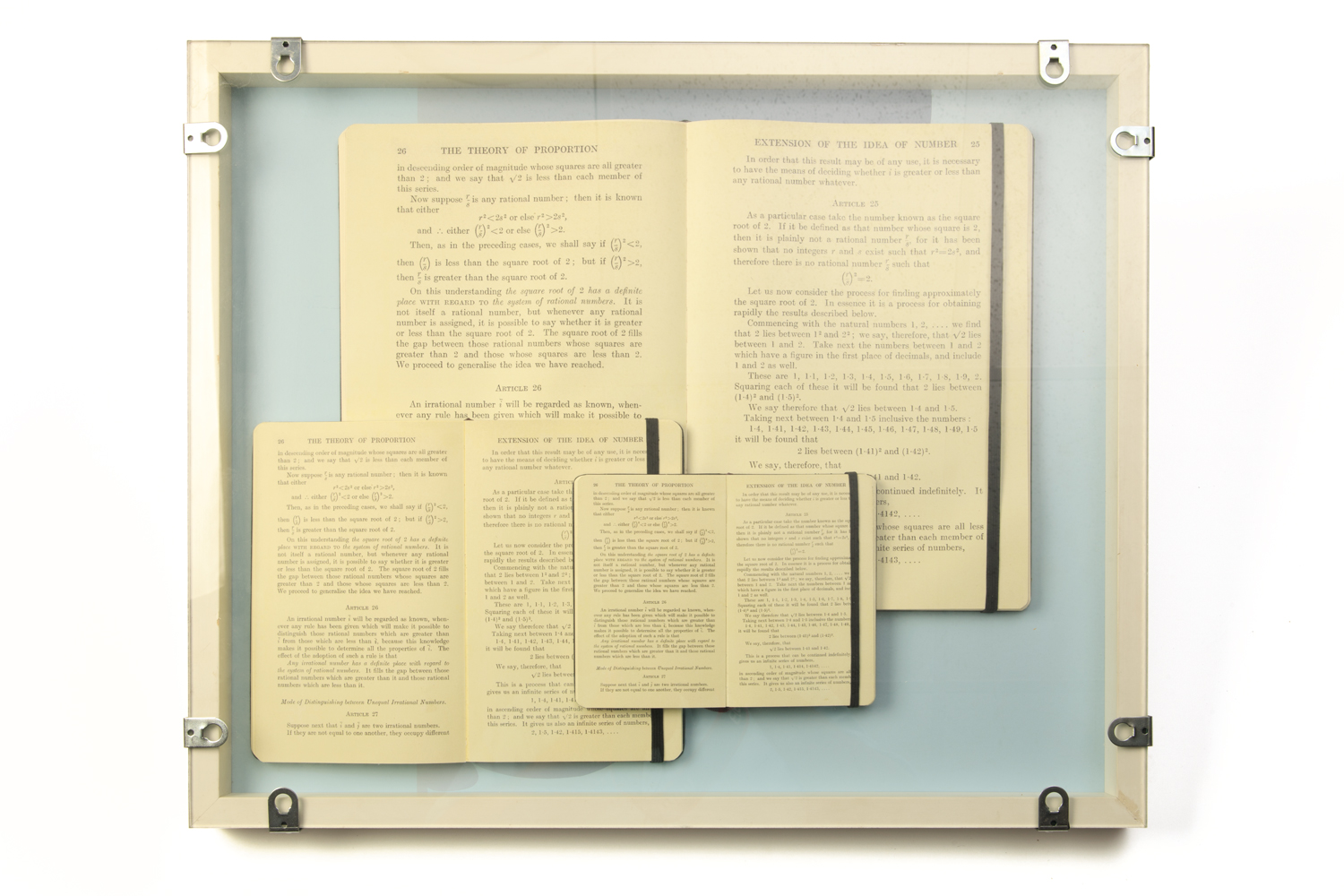 The Theory of Proportion, 2010

I took a random spread from a book by M.J.M. Hill (cir. 1914) “The Theory of Proportion” and transposed it to three different formats of Moleskine. In one way it is intended to create a perception shift, almost an Alice in Wonderland moment where one would be sucked into the pages, a formal yet deceptive use of format.
In another and perhaps more common way, it is a homage to Moleskine. The book is omnipresent, and although I don’t use the book itself, it is an intrinsic object across generations, connecting people to a perhaps more romantic past.

James Beckett graduated from the Technikon-Natal in Durban, South Africa, after which he took part in a two-year residency in the Rijksakademie, Amsterdam. Coming from a background of installation and sound, Beckett is primarily a visual artist, who has in the past years also been working in a theatre and stage context. Evolution in specific areas of the industrial revolution has played muse, such as the foundation of synthetic colour manufacture and its relationship to BASF, and the cultural implications of vacuum tubes for the Dutch firm Philips. Beckett has his own registered Scottish tartan, the pattern of which is based on vintage digestive experiments: ‘Beckett-Beaumont’ (#7039). Without humour his work would appear as mere cynicism: it is romance with an inherently rotten subject matter which offers some sort of redemption in a modern world. (cit. JB)