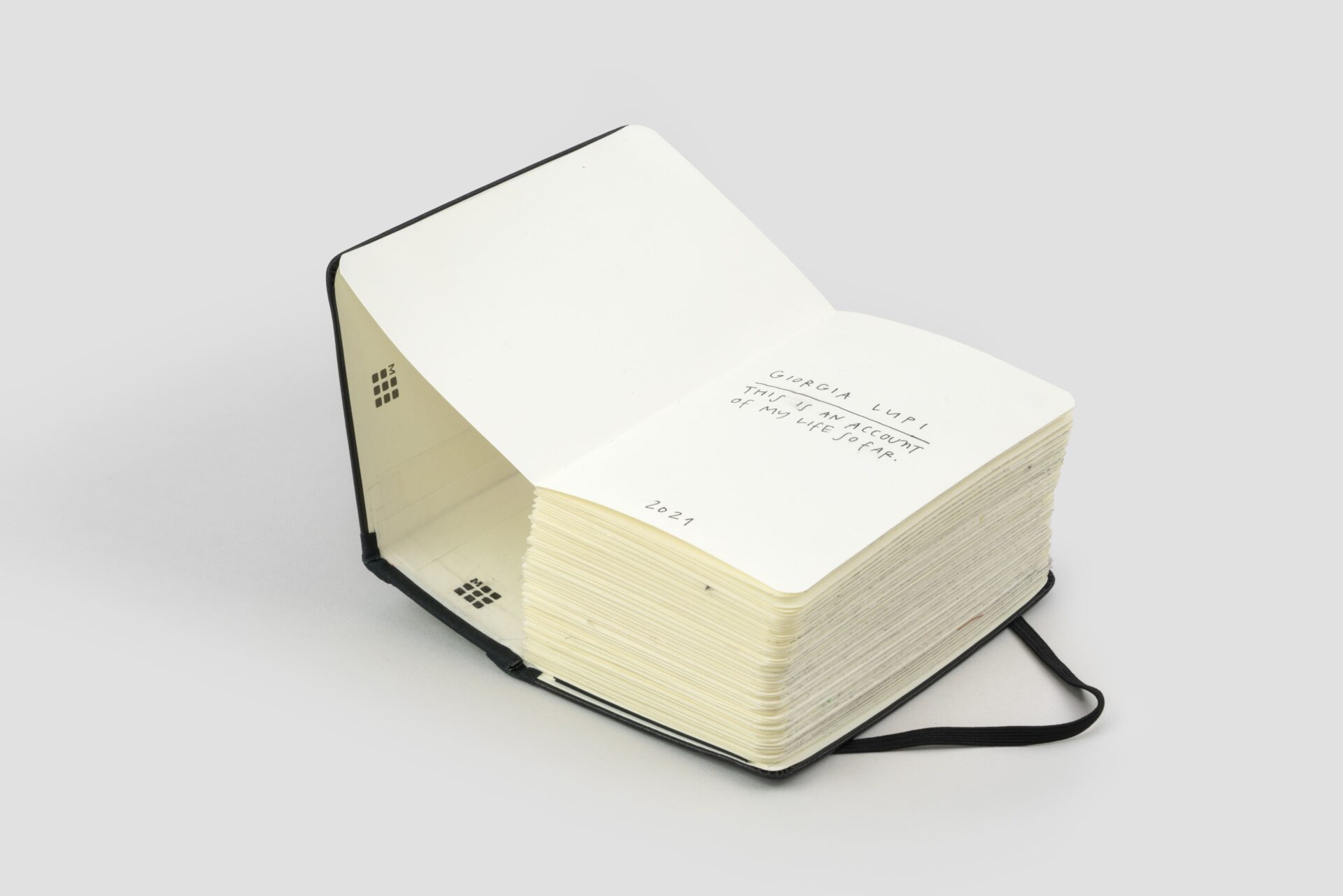 I challenged myself on the topic “What Comes First?”, interpreting the theme of Moleskine Foundation unconventional educational programs for 2022.

“From my first word to my first love, from important life achievements to health scares, from losses in my family to break-ups. The final result is a visual archive of my memories, a meditation on the individual threads that weave together to make up my identity. Flipping through the book, I am struck by how every day is rendered the same, one stitch after another—when in actuality, I know that each day has its own identity. The book makes me the question: Who am I now? What has made me, me? And what has led me to where I am?”

This “Book of Life” retraces Lupi’s entire existence – all 14,496 days that led to the creation of this profound and touching piece.

Giorgia Lupi is an information designer and artist. She is a Partner at Pentagram in New York.

After receiving her master’s degree in Architecture, she earned her PhD in Design at Politecnico di Milano.In 2011, she co-founded Accurat, an internationally acclaimed data-driven design firm with offices in Milan and New York.She is co-author of Dear Data and of the new interactive book Observe, Collect, Draw – A Visual Journal.

Giorgia is also a public speaker, her TED TALK on her humanistic approach to data has over one million views. She has been named One of “Fast Company’s” 100 Most Creative People in Business in 2018, when she also joined MIT Media Lab as a Director’s Fellow. She is also a member of the World Economic Forum’s Global Future Council on New Metrics and recently became a Fellow of the Royal Society of Art.