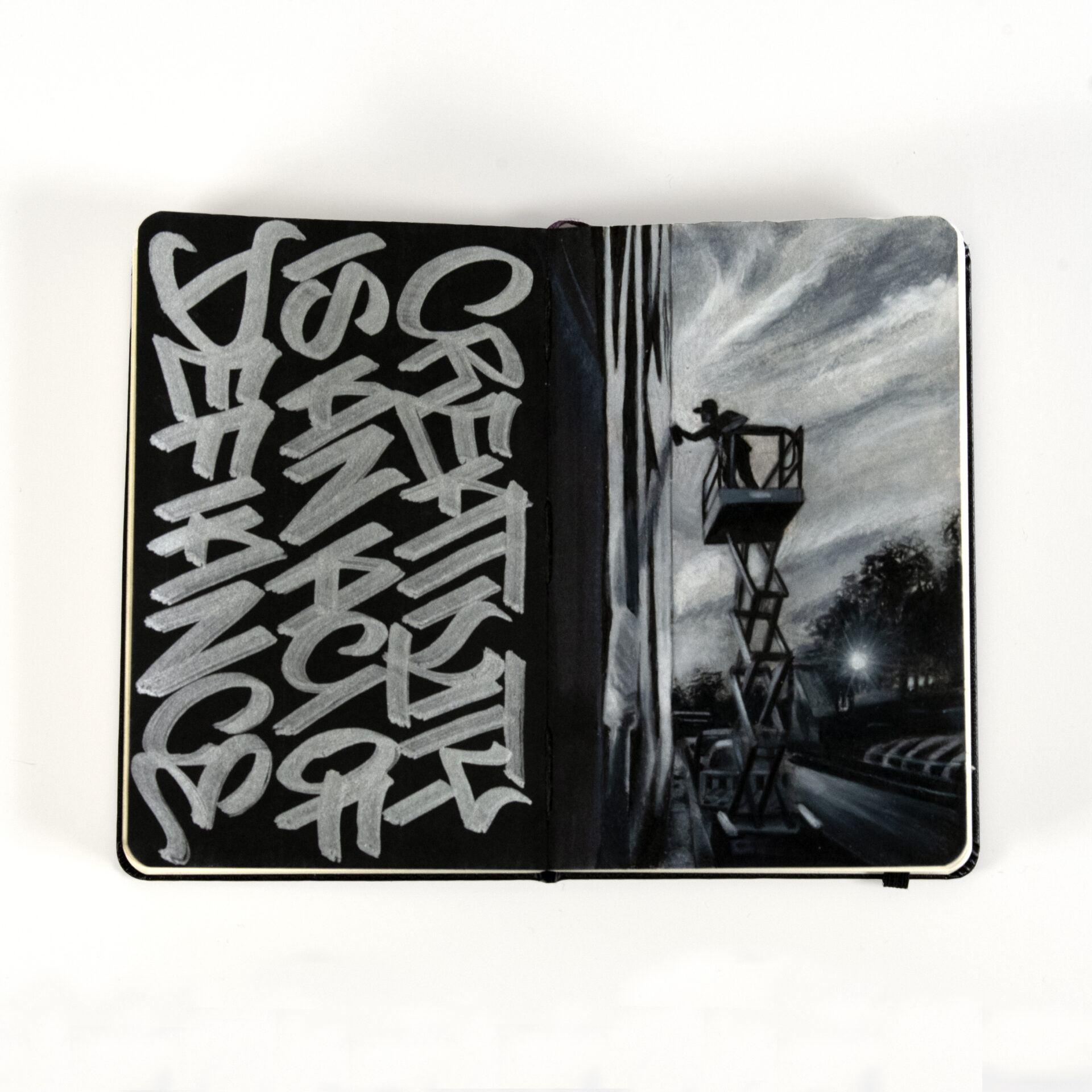 With the premise, “can creativity change the world?”, FAUST responds by referencing a mural he painted in Berlin in 2016 on the facade of the Urban Nation museum which proclaimed “Creativity is an Act of Defiance.” The artwork on the right page is a drawing based on a photo taken of the artist while creating the original mural. Whereas FAUST is widely known for his text-based work, this is the first time his figurative drawing has ever been publicly exhibited, leaning into the intimacy of Moleskine notebooks and the traditional usage of a sketchbook for live drawing. The facing page is a re-creation of the original sketch used for the mural, in the style that the artist is more commonly known for, a nod to the use of sketchbooks in graffiti culture, more commonly referred to as “black books.”

FAUST is a New York-based artist. Initially receiving recognition for his public art, the formal qualities of FAUST’s murals explore scale and placement to challenge how viewers perceive graffiti. The poise and artistry of FAUST’s hand style elevate a gesture deriving from vandalism to a masterful calligraphic work of art, transforming any surface they adorn. FAUST’s work has appealed to audiences far beyond the street, receiving multiple accolades from the design industry and exhibiting in museums and galleries worldwide. A testament to his work transcending demographics, resonating with authenticity and style.