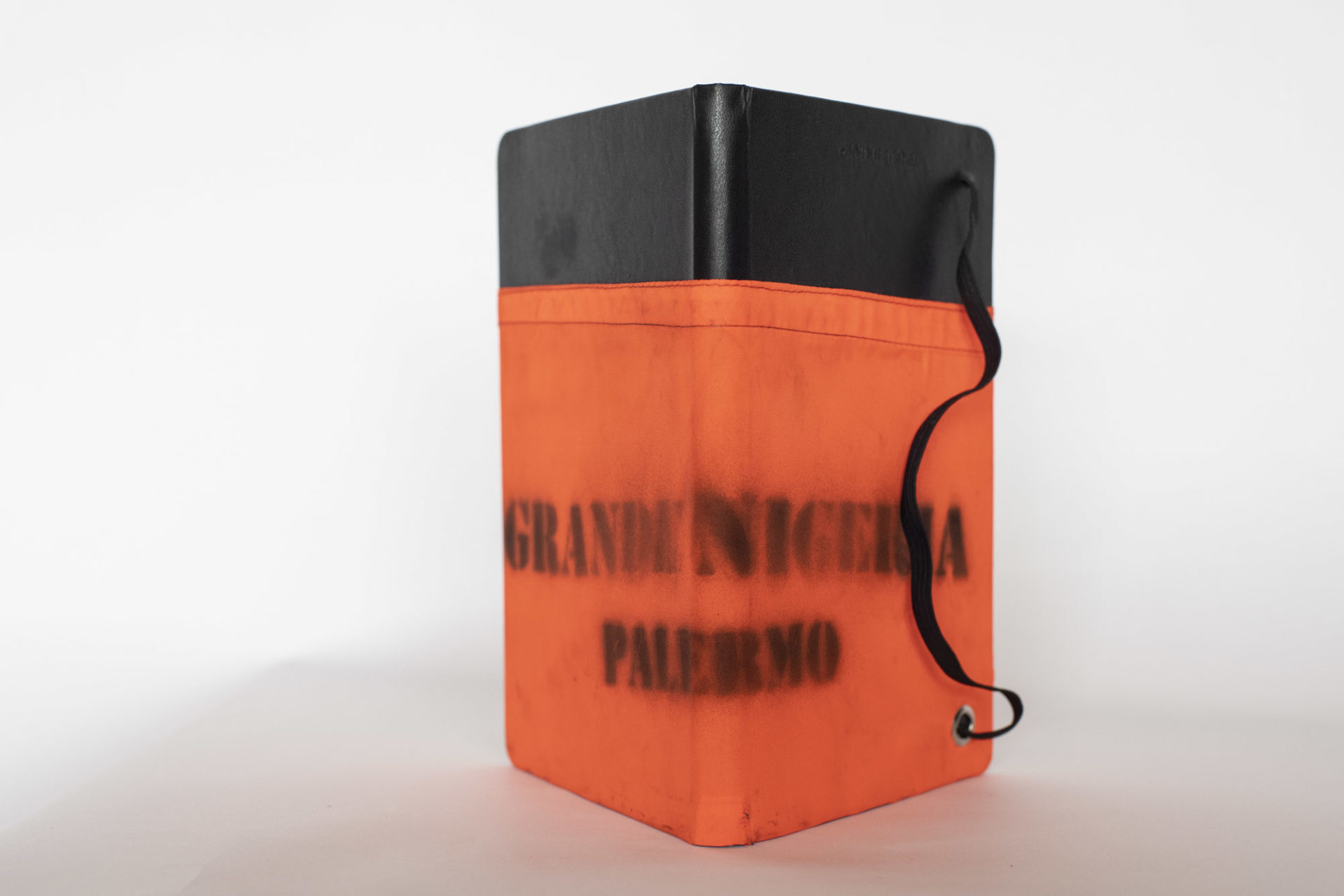 The logbook is the register in which the captain or the officers of a ship log chronologically the different events during a navigation. It lists month after month the estimated number of migrants missing in the Mediterranean since 2014 (IOM figures).

The dehumanization and the inferiority of the other finds its paroxysm in the daily drama taking place at present in the Mediterranean. Thousands of men, women and children voluntarily abandoned to their fate and whose bodies are spewed by the sea on the beaches of Tunisia and elsewhere to better “disturb” the summer holidays of some.

Migration policy applied by Europe today prohibits by any means all assistance to boats in distress in the Mediterranean. Thus, the potential savior is reduced to the state of observer can only see and quantify the human drama that unfolds before his eyes.

The closed fist, symbol in other circumstances of unity and solidarity, emerges from an ocean of anonymous numbers and desperately clings to what remains of “lifeline”: a remnant of humanity incarnate by these captains, heroes of modern times, ready to challenge the authorities to save lives.

The book is covered with a piece of lifejacket that belonged to the ship “Grande Nigeria” whose home port is Palermo. These used vests that are found on the Senegalese market are the very ones bought by the candidates for the long journey before embarking.