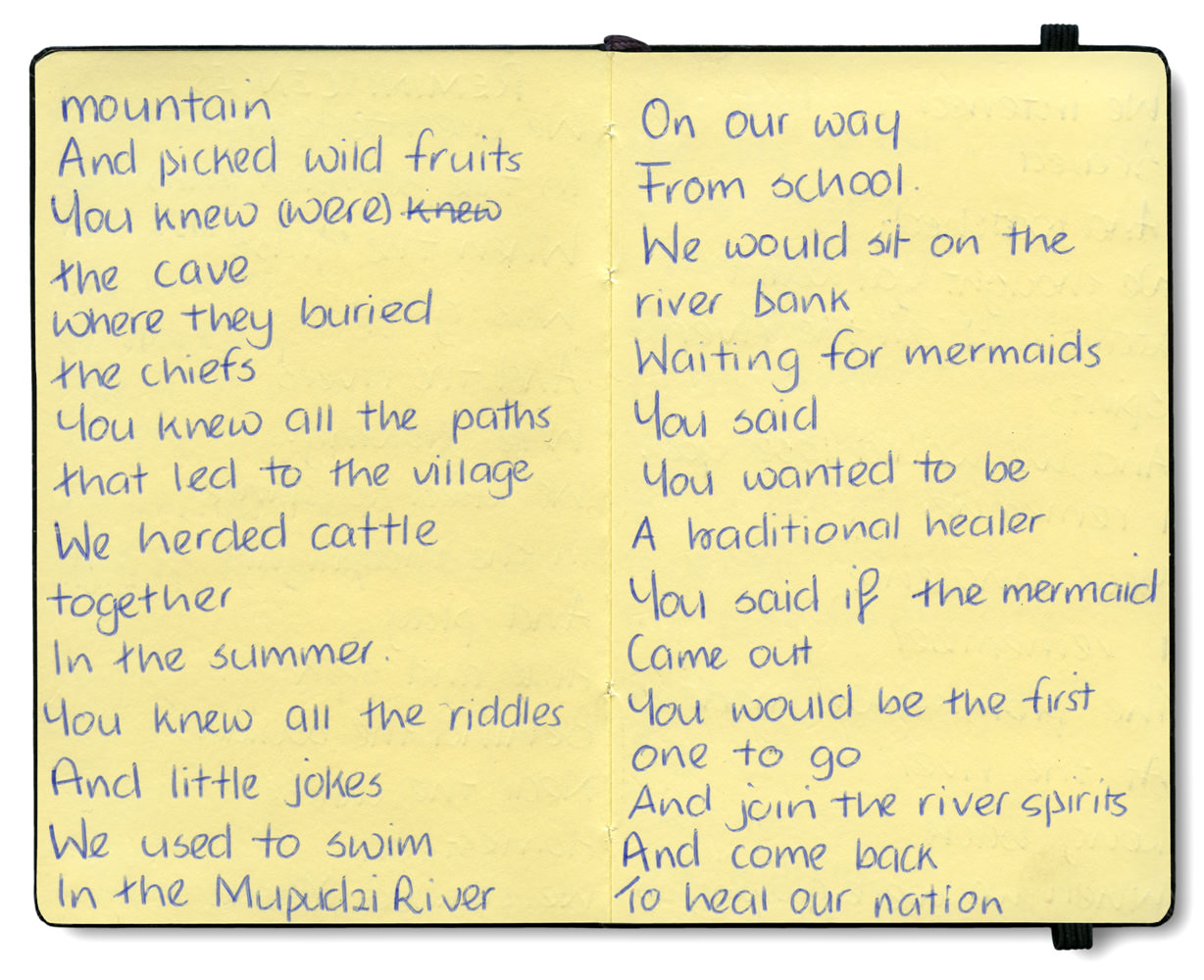 Part 1: August to September 2009 Diamonds and Violence. This project comes in the background of the systematic erosion of the democratic space in Zimbabwe, including the closure of media (newspapers, radio and television), the migration of qualified personnel into the Diaspora and the subsequent xenophobic violence that engulfed South Africa as a result of these migrations by economic and political refugees from Zimbabwe and other parts of Africa, the complete breakdown of the education system and the civil service. All this has impacted negatively on the whole nation. Faced with the need to survive most people, especially the youth, engaged in illegal activities, for example, foreign currency deals, illicit trade in precious minerals. Some were easily used to settle political scores and this resulted in general lawlessness. However, any work of art based on these experiences could be a timely intervention so that the people’s daily struggles can be documented for future generations.

The Moleskine intervention aims at telling the Zimbabwean story. While Zimbabweans have been perceived by media practitioners as being pessimistic, the poetry and prose that I worked on throughout the three months takes a lighter look at some socio-economic issues that a whole nation went through, that is, the impact of the diamond rush in Chiadzwa, Marange on mostly poor communities, the food shortages, the cholera epidemic, the fall of the Zim dollar, the many stories of Zimbabwe’s new generation of migrant workers and the impact that this has had on the family unit. Grave issues are also discussed; police brutality and the violence that ensued soon after the March 29 elections of 2009. The author also takes time to celebrate womanhood. During this period of upheavals, women were left holding the fort. Some of the poetry praises women for their resilience. Simple Zimbabwean women cross border traders contributed a lot to the economy of Zimbabwe by sustaining the nation at a time when there were severe food shortages. Some women found themselves ‘prematurely’ widowed when their husbands decided to look for greener pastures elsewhere. These are the women we celebrate today, women who stayed on through the thick of things, nursing wounds of violence or looking after Zimbabwe’s ‘foreign currency orphans’ (children who are left behind by parents who would have gone to the Diaspora). The one-piece of prose is based on the theme of migration and explores the solitude and loneliness that migration can bring to a family. It is estimated that about four million Zimbabweans, most of them professionals, have left the country. Given a chance, I would like to develop the prose into a novel.

It is my sincere hope that the poetry and prose will portray, in earnest, the lives of the people I have laughed and cried with in their time of joy and need.

(Zimbabwe, 1970) Lives and works in Zimbabwe