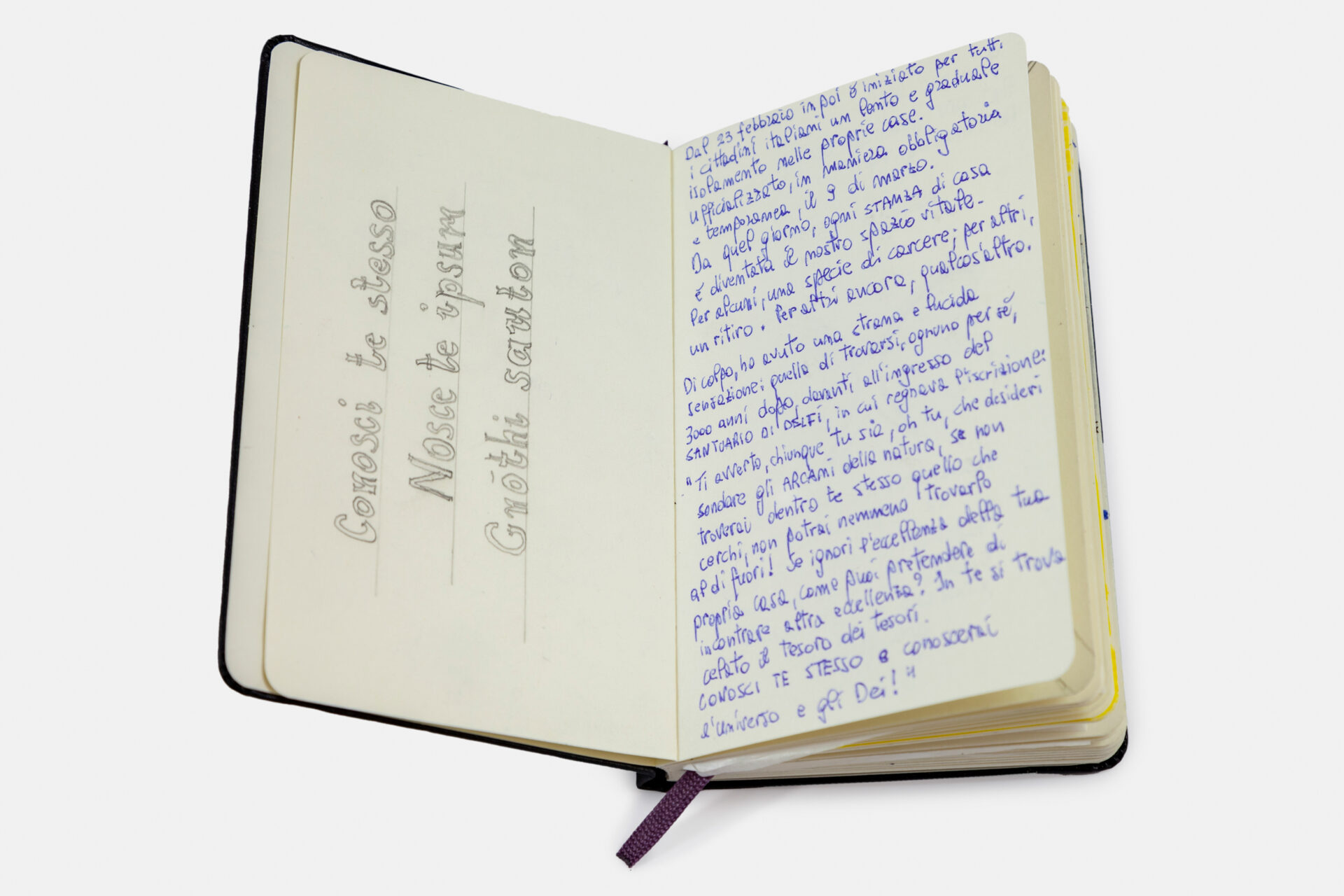 Since Sunday, March 8, 2020, the first lockdown due to the health emergency began, I began to question myself on how to keep the conditions of individual and collective creativity vigilant, staying at home, as we were asked. So the Room, my Room, took shape. What is the Room? A set of rules used inside a space, that of a room. I am a performer, and my daily practice is to use movement as an investigative tool. There must be discipline in all this. I see it as something very artisanal: because it is the practice itself, daily, that allows in some way to clean things: gestures, thoughts, the space around us. So I did it. Every day. Alone and, also, in connection with others, online, exchanging and sharing our practices.

I wasn’t alone in this room. There were 3 of us: me, my wife Stefania, and our daughter Marta, 4 years old. Their sudden and impromptu interventions inside the room, even to bring coffee, have contributed to this path. The small scribbles on the red notebook by Marta, as well as some of her sudden assaults, are part of it. With Marta, we also invented a small exercise dedicated to all the adults and children who found themselves having to share so much time together. So I found the name for these practices: I called them tuning practices.

They are designed to interrogate our inner cosmology and project it outwards. An indefinite and fascinating space that brings together points, lines, signs, syllables of language with our physicality. Which, in turn, lets itself be modelled to enter the pages of the notebook. From small to large and vice versa, I started knocking on the pages of the notebook. It seemed the most natural metaphor of creativity within this complex period: the gesture that takes care of what it touches. An individual and collective exercise for a community to come.

Performer. He has been investigating the relationship and the creative and social processes induced by places through interactions between body/s and space, trying to combine the symbolic aspect of a site, a work, an object with a reflection and a practice of the associated gestures.

He created paths with related exhibitions on the vision of the human being, from head to toe. The result was a work on the theme of headgear as a personal and collective gesture in the artistic, musical and social throughout the twentieth century. I was followed by the study about the flaneur’s character with the project Equilibrium, together with the Ferragamo Museum. He collaborated for several years with the Festival des Musiques Sacrées du Monde in Fez, Morocco. He collaborates with Spazi Museali, theatres and institutions. He is part of the Artistic Research Table at the Steam Laundry in Turin. 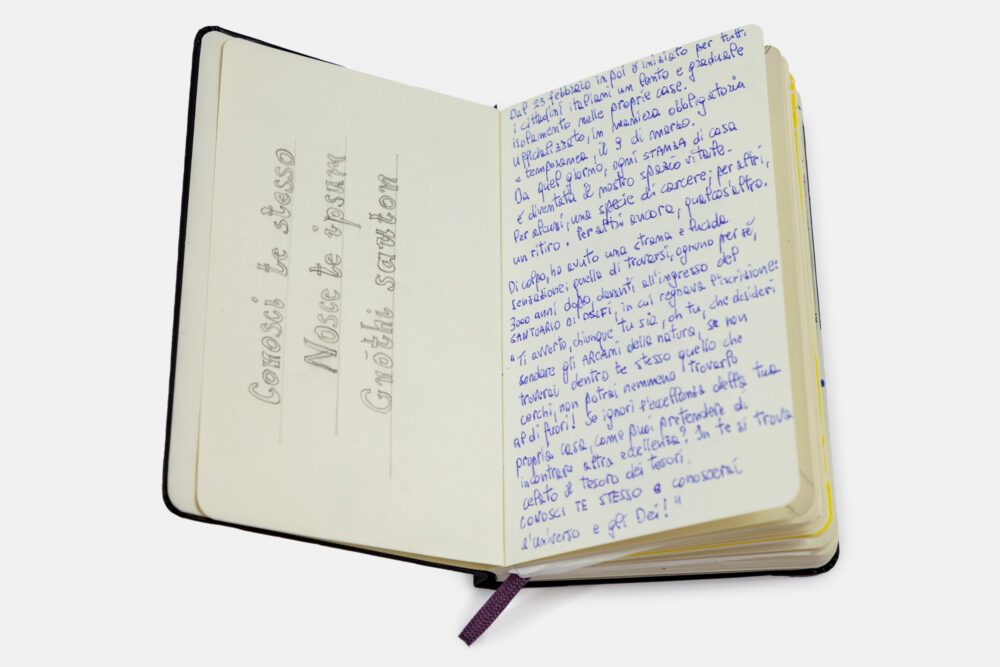