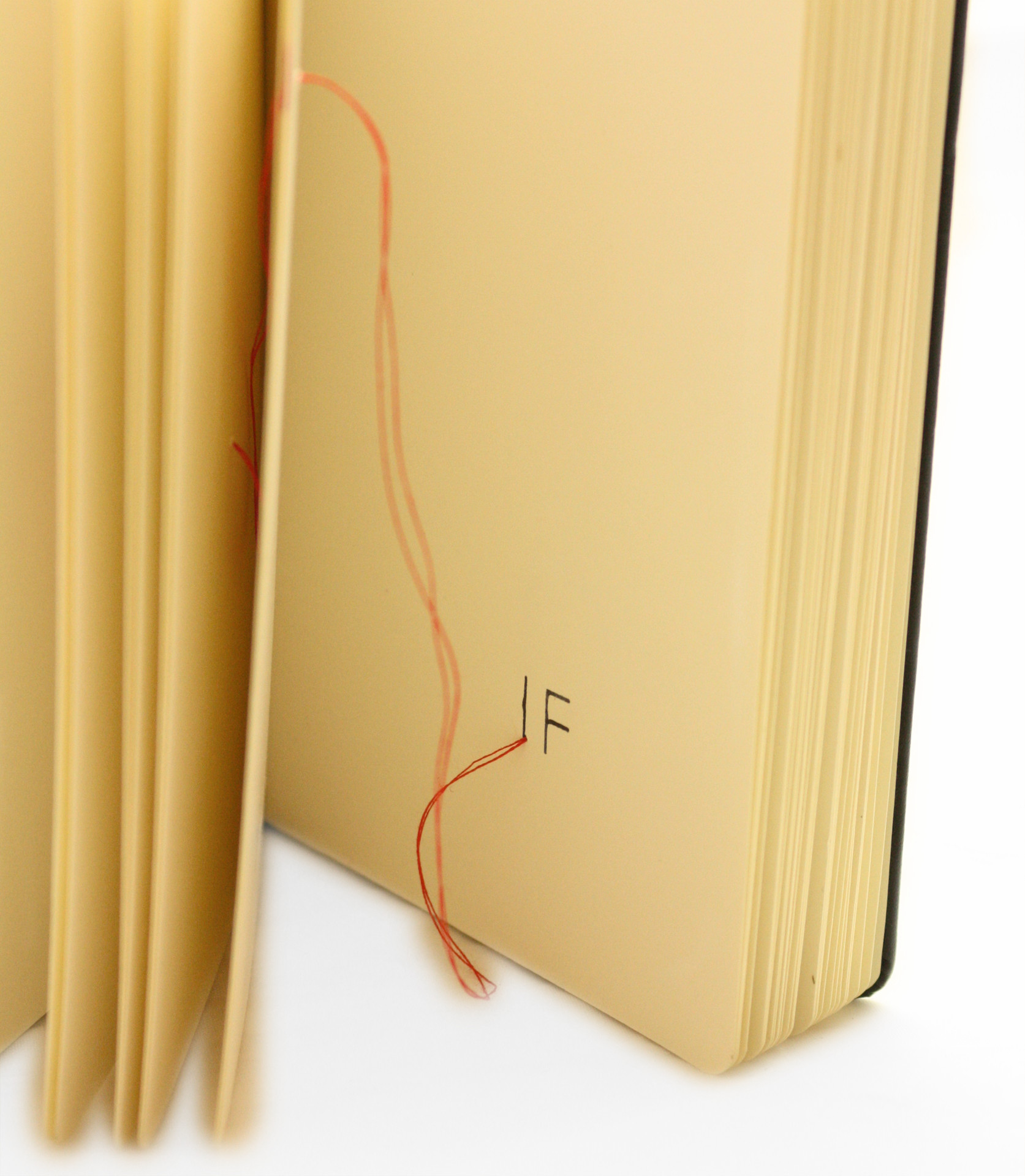 Dimitri Fagbohoun explores the traces of love experiences.The teachings, the learning and the meaning of life when love goes, and/or comes back again. The feelings, the questions, often unspoken, are here sealed or revealed through the symbol of the red invisible link in the pages of each one life. The artist also reveals here for the first time, one of his secret gardens:poetry

Born in 1972 in Benin Lives and works between Paris, Brussels and Cotonou

Growing up in Cameroon before moving to France, where he now lives and works, Dimitri Fagbohoun’s work is imbued with issues which reflect on his background and history, straddling geographical and artistic boundaries. His work is inseparable from his own experience and his plural identity. Heterogeneous in his use of mediums (video, photography or installation) Fagbohoun’s works display a disruptive tendency to question the admitted models and guidelines used to define identities and history. Considering his artistic work as an open source of propositions, he experiments with video and sits at the frontier between cinema and fine arts, voluntarily blurring existing boundaries between art practices. He documents the notions he explores, producing representations of the visual territories created. Many of his videos are sound pieces, and address issues such as identity, memory, religion and politics.

Fagbohoun’s work has been shown internationally and he was featured as part of the African Photography encounters in Bamako, Mali, in 2007 and 2011, at the Pan-African Festival in Algiers, in 2009, at the Picha Biennale in Congo, in 2010 and at the DAKART biennial OFF 2012 and 2016. In 2014, his work was included in Simon Njami’s The Divine Comedy Project which toured to MMK, Museum für moderne Kunst in Frankfurt, Germany, SCAD Museum, Savannah, Georgia, U.S. and at the Smithsonian National Museum Of African Art in Washington D.C., U.S. In 2015, he was featured in the collective exhibition A l’ombre d’Eros at the Royal Monastery of Brou, Bourg-en-Bresse, France and in Infecting the City, public arts festival, Cape Town, South Africa.

In 2014, Fagbohoun inaugurated his ongoing series titled Recollection, in which he questions the African artworks currently included in internationally acclaimed museums and how they have influenced Western art practices and understanding in a postcolonial approach for wich he was awarded in 2017 by the smithsonian fellowship award