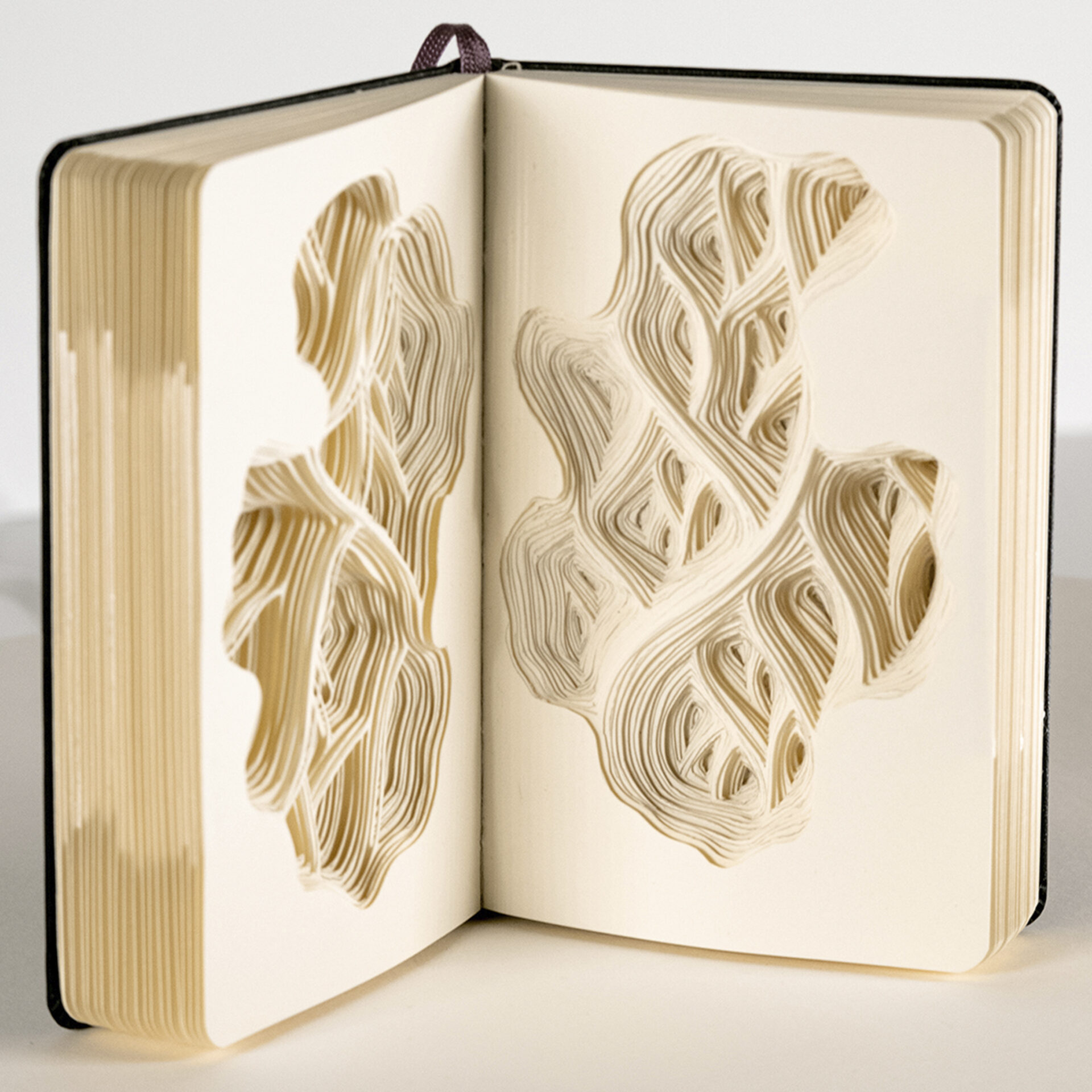 My work stems from the loss of both my mother and father due to smoking related cancers in 2013. Their passing left a deep void in my life and brought back unwanted memories of childhood abuse and trauma. I was mentally scarred from these events and only after their passing began to cope and heal with what was left behind. By using paper as a medium I am able to draw a correlation between the fragility and rigidity of the medium to that of the precariousness of life. Each opening resembles that of a beautiful scar, the remnants of past trauma and a reminder that with time all things heal.

Clary received his BFA in painting with honours from Middle Tennessee State University and his MFA in painting from the Savannah College of Art and Design. He has shown in exhibitions at Galerie Evolution-Pierre Cardin in Paris, France, The Netherlands ’CODA Museum Paper Biennial in 2021, Art of Paper Fair in New York City, and many other international, national, and regional juried, group, solo, and museum exhibitions. Clary has exhibited regionally, nationally, and internationally in numerous solo and group shows, is represented by Paradigm Gallery + Studio in Philadelphia, and R02 Gallery in Dallas, Texas. Clary currently lives and works in Conway, South Carolina.