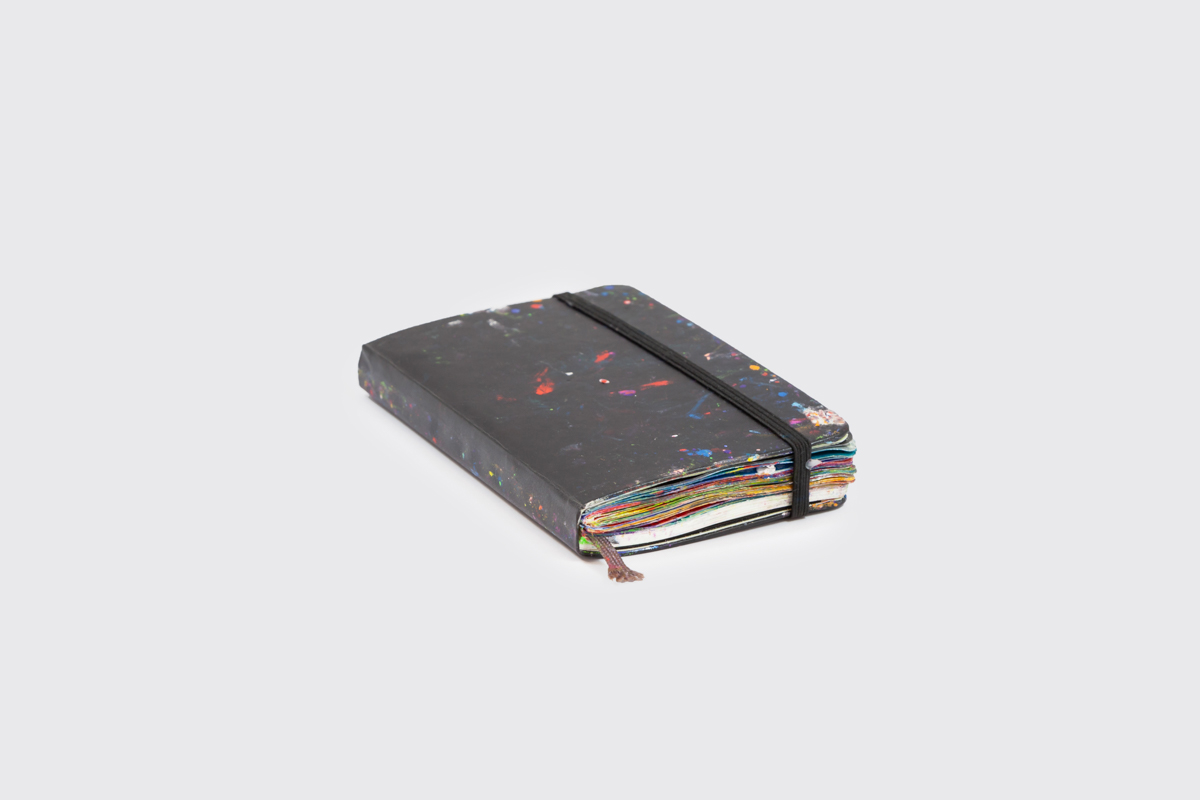 A notebook is a place of freedom through which you “become” who you are, crossing the pages like glades where magical rites are consumed. These drawings are the patient search for a source where colours, signs, ideas and visions, materialize as a small crack of playful freedom stolen from reason. I think of these drawings as a look that penetrates the thick and impregnable walls of a fortress as the Rocca di San Leo in the cell of Cagliostro.

Antonio Scarponi is an architect, designer and teacher who has transferred interest from the building and manufacturing industries to the industry that transforms these industries. He is a left-handed architect: he thinks like a designer, draws like an artist and dreams like a poet. Some say he is a “fantasta”. Founder of Conceptual Devices, he studied architecture at Cooper Union, New York and at the IUAV in Venice, where he earned a PhD in urban planning. He is the author of ELIOOO, an urban agriculture manual that activates the IKEA distribution infrastructure to build devices for growing vegetables above ground which is part of a collection of “counter products”, designed to transform the consumer into a producer of an idea that otherwise would not exist. He has collaborated with several international magazines such as Domus, Abitare, Wired, Architectural Design, AMC. In 2008 he received the Curry Stone Design Prize.