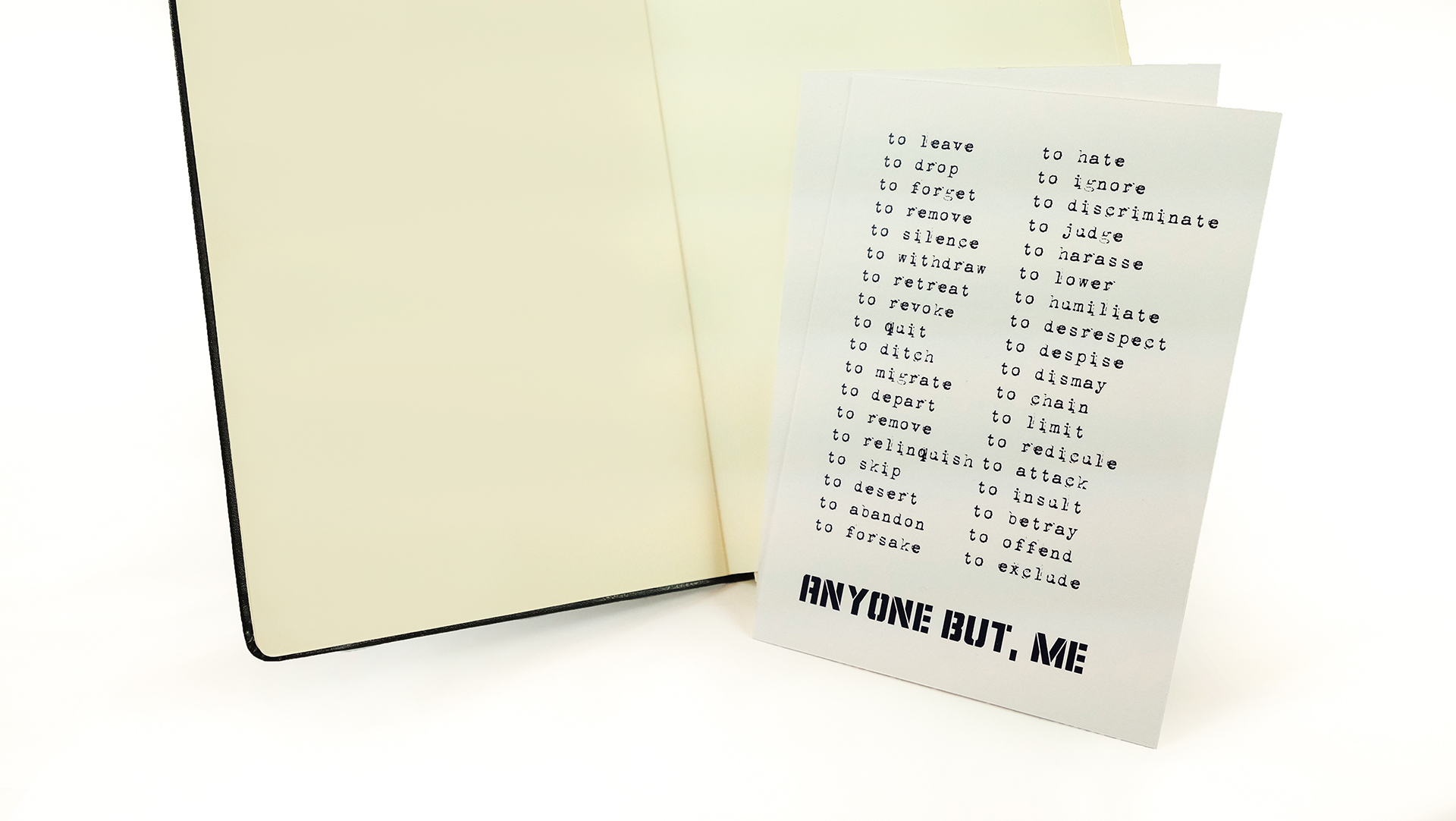 “ANYONE BUT, ME”, addresses each one of us.

The sentence is a refusal of the evil imposed upon us, presented here in a list of verbs with negative sense.

So, that any thing bad could happen to “ANYONE BUT, YOU”.

Amira Parree ia an Egyptian / Dutch artist based in Paris. She holds a master degree in Interior and Furniture Design from Helwan University, Cairo. Three years later, she left Egypt to the Netherlands where she studied Graphic Design at Rietveld Academy in Amsterdam. Moving to France, she earned her Master Research degree in fine arts from the University of Paris 1 – Sorbonne.

Parree participated in several shows in Cairo, New York, Paris, Las Palmas, Dakar, Amsterdam, Berlin and Milan. She participated recently in cairo OFF biennial (2018), Dak’Art biennial (2016), and had a solo exhibition “AND IF I DIE?”, in the Museum of Modern Art CAAM, Las Palmas – Spain (2016).

In 2015, Amira worked as a project manager of Cairo OFF biennial titled “Something Else”.