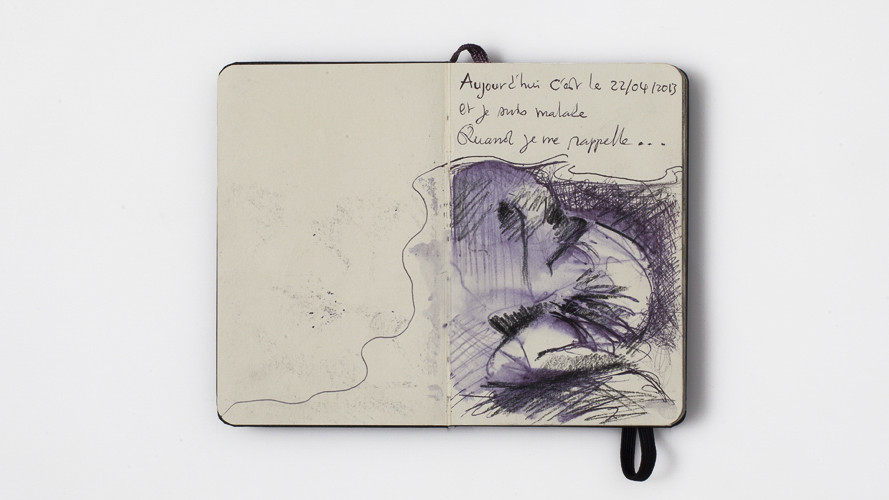 Through his wonderful sketches the artist tells the war and all the atrocities connected to it like hunger and poverty. These images infest the artist’s mind, as he declares, in fact he represents them with extreme clarity. His own history is made by pain and dramas, nevertheless art succeeds in coloring his life. The notebook suddenly is filled by colors and the faces of soldiers become portraits of Adjahui’s inhabitants. The art is thought of as a way to assert his own identity and as a means of freedom for an afflicted soul. As the artist says in the notebook, through the AtWork workshop, he finally has found his own identity because he understood that he’s nobody if he’s alone but he can really exist only as a sum of himself and other people and that his identity can be expressed through art.