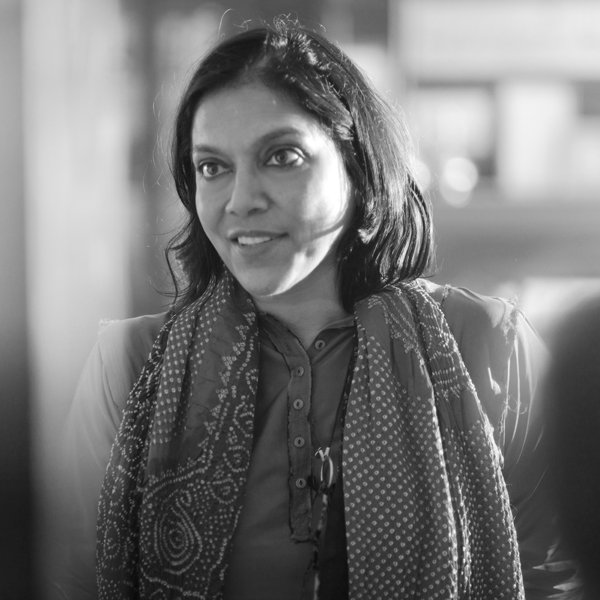 Mira Nair is the rare prolific filmmaker who fluidly moves between Hollywood and Independent Cinema. After several years of making documentary films, Mira Nair made a stunning entry onto the world stage with her debut feature film Salaam Bombay! (1988). Now hailed as a classic, the film has received more than 25 international awards including an Academy Award nomination for Best Foreign Language Film in 1988, the Caméra d’Or Award at the Cannes Film Festival. Her second film, Mississippi Masala (1991) won three awards at Venice. Since, Nair made films such as The Perez Family (1993), Kama Sutra: A Tale of Love (1996), My Own Country (1998), The Laughing Club of India (1999). In 2001, Monsoon Wedding won the Golden Lion at the 2001 Venice Film Festival, becoming one of the highest grossing foreign films of all time. Nair then directed the Golden Globe winning Hysterical Blindness (2002). After making William Makepeace Thackeray’s epic Vanity Fair (2004), she directed a film based on Jhumpa Lahiri’s best-selling novel The Namesake (2006). This was followed by the Amelia Earhart biopic, Amelia (2009) starring Hilary Swank and Richard Gere. In 2012 Nair directed The Reluctant Fundamentalist, a thriller based on the best-selling novel by Mohsin Hamid. It opened the 2012 Venice Film Festival to critical acclaim, and was released worldwide in early 2013.

She is currently directing the Disney production Queen of Katwe starring Lupita Nyong’o and David Oyelwo. The film is based on the true story of the Ugandan chess prodigy, Phiona Mutesi. She is also working on the musical adaptation of Monsoon Wedding, scheduled to open on Broadway in 2016.

Nair is an avid maker of short films, and recently directed a documentary film titled A Fork, a Spoon and a Knight, inspired by the Mandela quote, ‘Difficulties break some men but make others.’ She contributed to 11.09.01 (2002) in which 11 renowned filmmakers reacted to the events of September 11. Other titles include How Can It Be? (2008), Migration (2008), New York, I Love You (2009), and her collaboration with Emir Kusturica and Guillermo Arriaga on a compilation feature Words With God.

A long time activist, Nair set up an annual film-makers’ laboratory, Maisha in Kampala, Uganda. Since 2005, young directors in East Africa have been trained at this non-profit facility with the belief that “If we don’t tell our stories, no one else will”. Maisha is currently building a school with Architect Raul Pantaleo, winner of Aga Khan Award for Architecture, and his company Studio Tamassociati.

In 1998, she used the profits from Salaam Bombay! to create Salaam Balak Trust which works with street children in India.

In 2012, Mira Nair was awarded the Padma Bhushan – India’s second highest civilian honor – by the President of India.