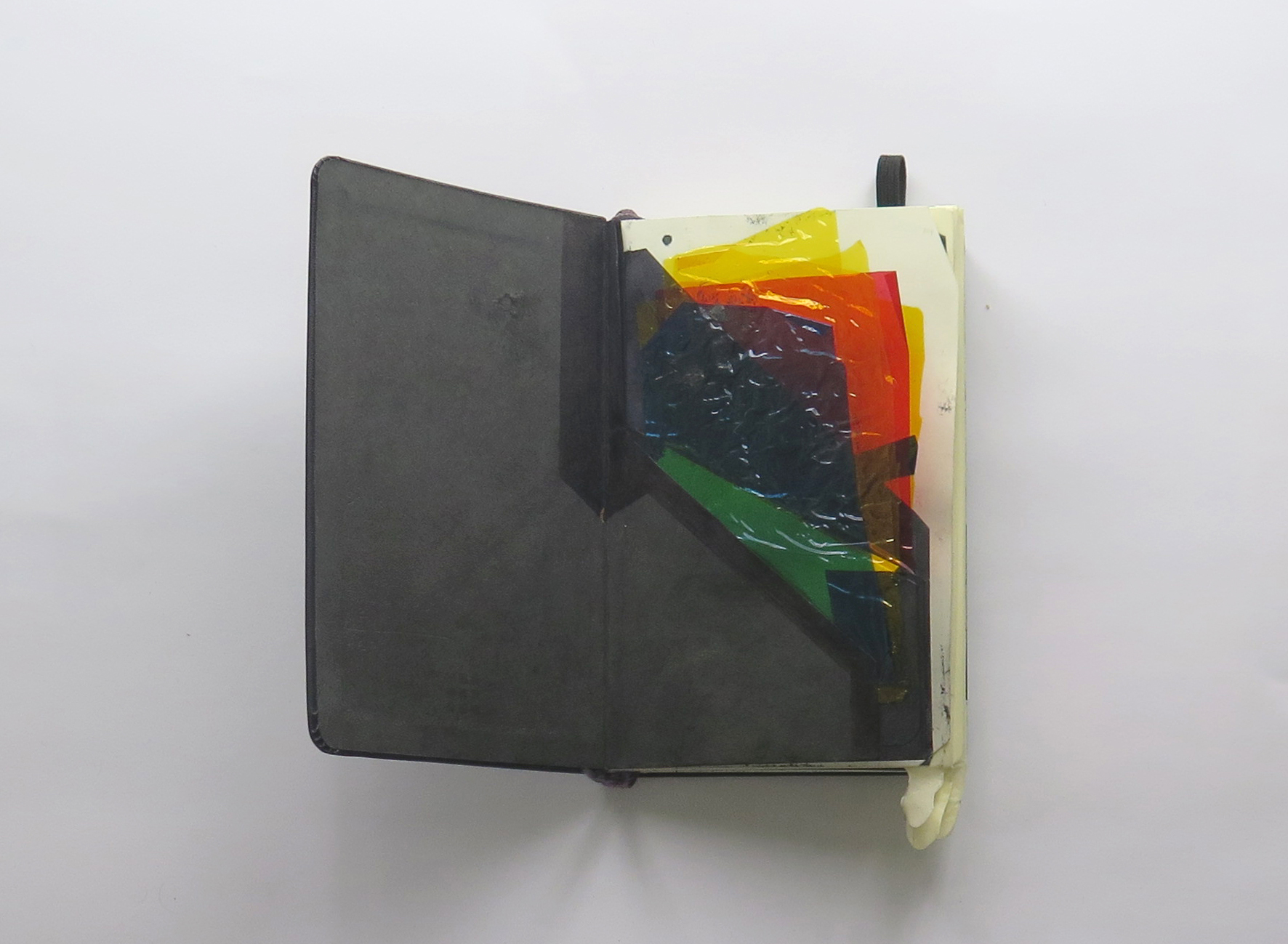 The concept is to translate the effect of heat in visual language, by implementing a series of optical ‘games’ aiming to transmit the feeling of temperature. Colored cellophane mounted in between cut pages function as warming filters, whilst when placed in compositional approach they create a more indirect impression. My preference to maintain the element of a first draft, resulted in diverse pictorial ideas; scraping correction fluid of a painted surface resembles burns or charcoal, semitransparent paper or metallic color stickers mimic the shower curtain or the solar panels. The notebook is transformed into a sort of manual or simulator for experiencing heatwave.

Iasonas Kampanis was born in 1985 in Athens, Greece. He studied Jewelry Design at the Mokume Institute in Thessaloniki. In 2007 he begins experimenting with painting, photography and digital media. He has also worked as a graphic designer, illustrator and assistant engraver. His work has been exhibited in solo and group shows in Greece and the UK, including Art-Athina Platforms Project, Islington Arts Factory, London Print Studio, Oxford’s O3 Gallery, Nottingham’s Surface Gallery, bord de l’eau design factory, Bishopsgate Institute, IANOS Art Space and Teloglion Art Foundation. He started collaborating with Art:I:Curate network in 2013 and Indiewalls platform in 2016. Today he lives and works in Athens and London.