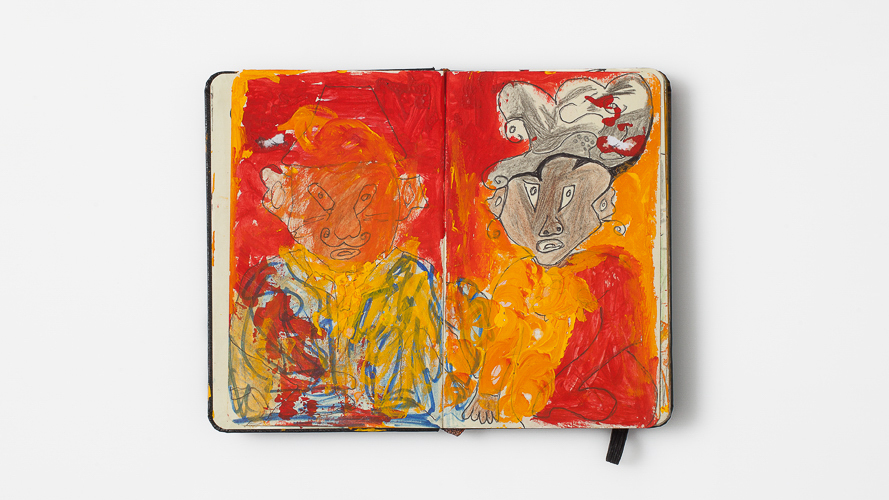 Cheikh Yakhouba Sidibe reminds us about a forgotten war which has been shaking Senegal from many years. Casamance, the district in the South Senegal has been stage of a real civil war that opposed Casamance’s rebels to the Senegal’s official army. Currently (2016) the government is working to get final peace in the district. The artist has created a story in pictures about this crisis, he portrayed rebels and the cities under attack. The surface of the pages has been afflicted by dense layers of colors, reds and yellows from the Senegal’s earth alternate with the blue of the sea. The strong brushworks and the thick lines work together to provoke feelings of anxiety and confusion, which are the same feelings of the artist while he wonders “Why so much hate?”.