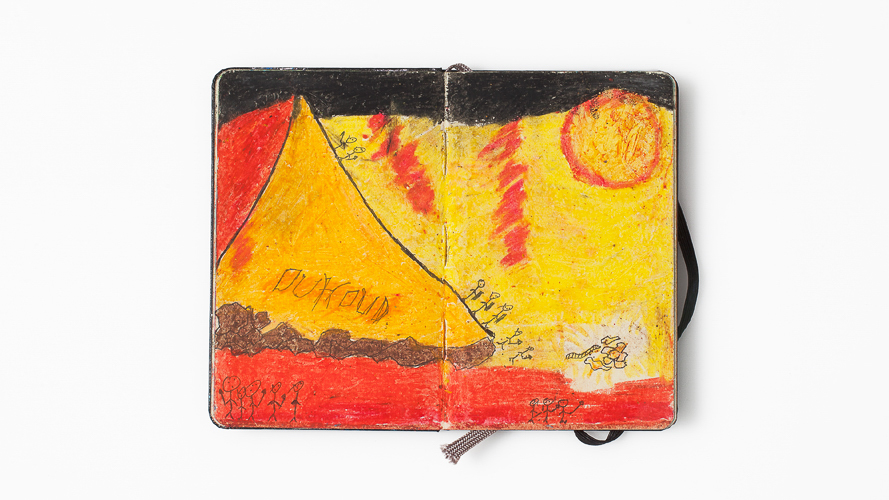 This notebook is like a stream of consciousness by which the artist expresses all his thoughts about Africa accompanying them with pictures that, exactly like the words, fill the pages and leave the reader breathless. The first chapter “C’est Afric” is dedicated to the religious origins of Africa which has been object of several sermons during the centuries, starting by Mohamed to Cheikh Amadou Bamba Khadim Rassoul. The second one “Natural” faces problems connected to the environment. This chapter is followed by a long dissertation about democracy and freedom, whereas the last chapter is dedicated to “Bien Comun”. The images of this notebook don’t limit themselves just to reflect the concepts already explained by the words, but they have the task of adding meaning and beauty to the text. All the pictures are made by crayons and they switch from evocative images, like the portrayal of a prophet praying under a tree, to the conceptual maps that turn into graphics the mental connections of the artist. The representation of the Ad people’s punishment has really a strong effect. The Ad had not believed in the Houda Prophet’s sermons so they had been punished by God with a long drought. To repair that situation, Ad celebrated a sacrifice on the mountain’s top, but this behavior didn’t calm God who sent to them a black cloud full of a devastating wind.