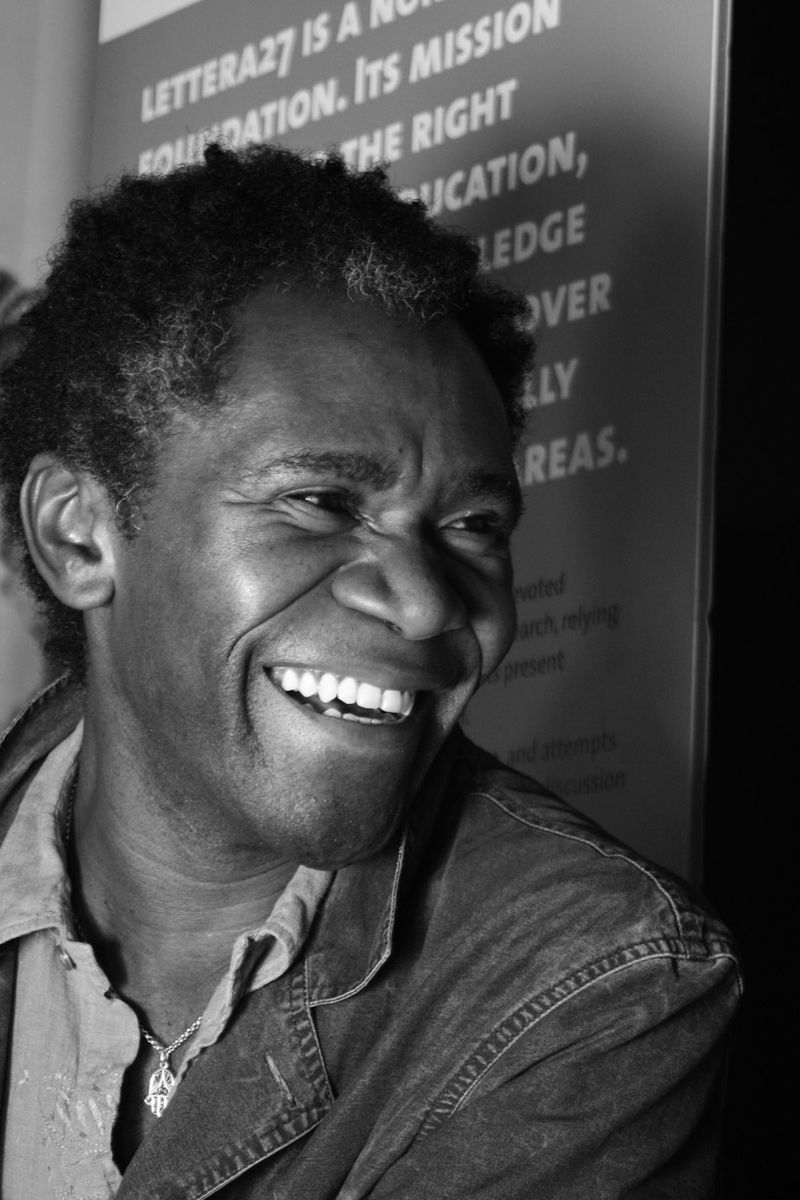 The Cameroonian painter, Bili Bidjocka, was born in 1962 in Douala. He has been living in Paris since 1974 where, after dance and theater, he enrolled at the School of Fine Arts. He considers, for some years now, art as an enigma. The answers brought to him by his teachers at the School of Fine Arts, those certainties etched in the minds of students, have long been revealed as inadequate. His confrontation with market laws, history and his own African identity forced him to see with new eyes the notion of art. After trying painting, he turned to installation and theatrical staging. His pieces begin to function as puzzles, riddles through which he continues the essential examination of the meaning and purpose of creation. Bili Bidjocka participated in many international exhibitions: the Biennales of Johannesburg (1997), Havana (1997), Dakar (2000, 2016), Taipei (2004) and Venice (2007). He presented his work in many museums and art galleries: New Museum of Contemporary Art in New York; ARC Museum of Modern Art of Paris; Palace of Fine Arts in Brussels; Goodman Gallery, Johannesburg, Cape Town; and on the occasion of the exhibition Africa Remix and The Divine Comedy by Simon Njami. He is the founder of the creative platform Matrix Art Project (MAP) in Paris, Brussels and New York. In In 2017 he will be part of Documenta in Athens and Kassel.
Bili Bidjocka is a painter. His favorite form of expression is that of painting. But painting isn’t simply a technique. It must not evoke a canvas hanging on a wall, a palette of colors, but rather a vocabulary, writing whose rules speak of initiation, that is to say of a decisive experience. Throughout his career, Bidjocka embarked on an exploration of this infinite space, using whatever means were available to him: video, installation, acrylic, oil, architecture, poetry, until he got to the point where this quest finally made sense. A harmony, a logic. This quest had no other objective than the quest itself, in other words, knowledge. Here, we are not talking about an earthly knowledge, bookish, academic, but an alchemical knowledge, something that is of the magical.