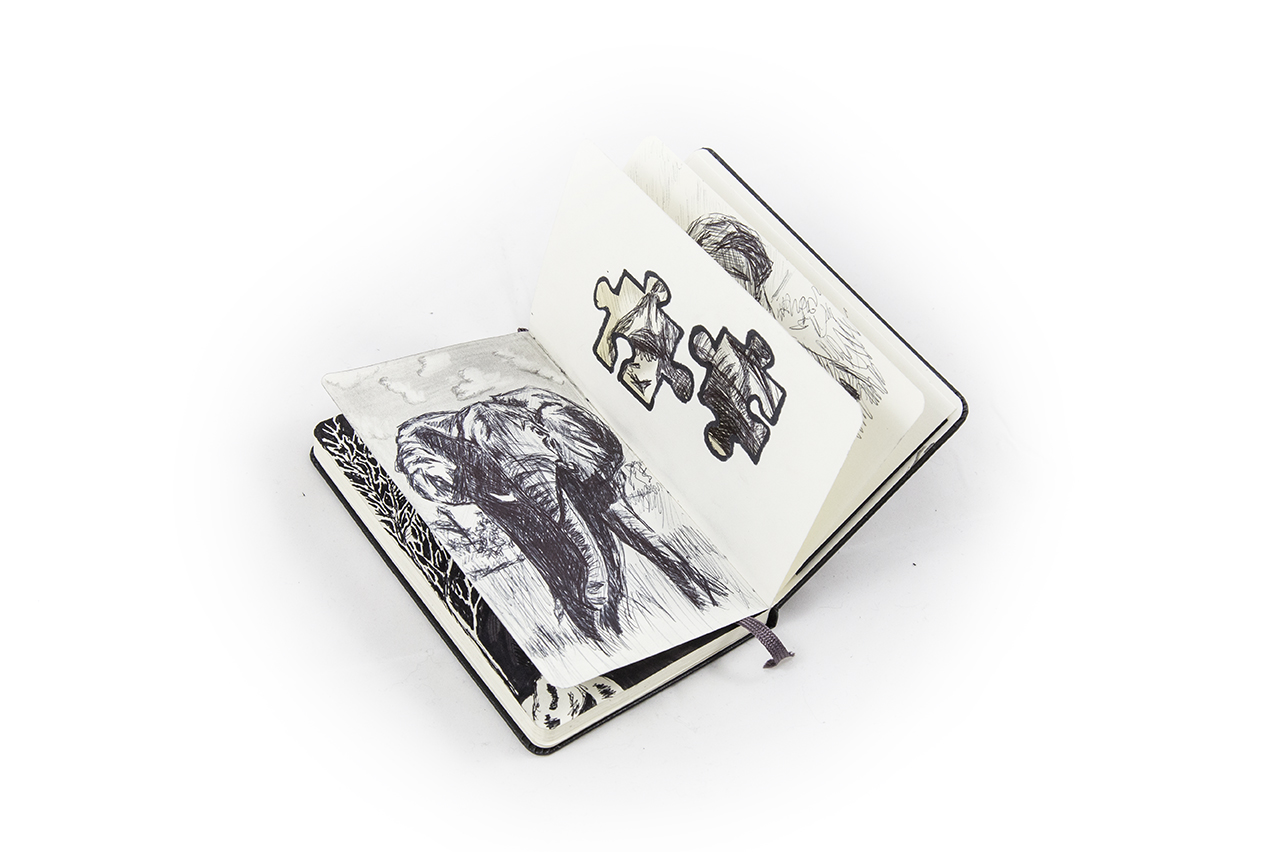 At the beginning, I wasn’t happy to share my own notebook with somebody else. Somebody I didn’t know at all. But then the discussion moved on and my group and I started to reflect on differences to pass over it, we tried to find a way to see ourselves just as one part of a bigger whole. So we imagined us playing a match with the other group, we could play against or together, and the notebook would be the playground. I decided to play together and I made a game, a puzzle, to let the other person play and enjoy. Then I sent a message: when the puzzle is completed you can see a black line in the middle that separates the picture in two halves, I wrote “borders or horizons?” Raffaella

I didn’t really appreciate how the other person would have felt when I decided how to complete their notebook I just tried to find a thread that could relate from theirs to what I wanted to do. I took inspiration from the border and horizons question and reasoned that elephants cross borders perhaps in search of new horizons. To continue the puzzle theme, I drew four of them two where the opposite of each other with a negative and positive treatment and two were different sizes that could be seen through two puzzle cut outs. The puzzle cutouts reflected the initial theme, you could see different elements though each on the different pages and they represented Raffaella and myself. Charlotte