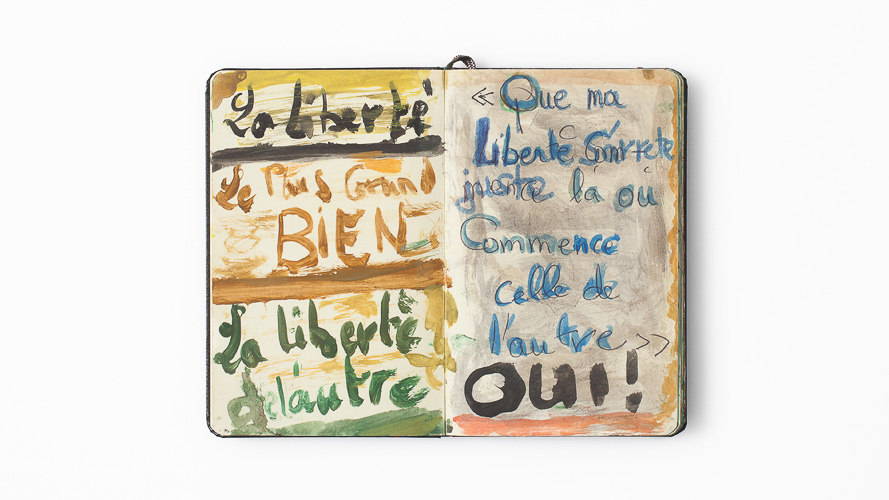 Oumar Diongue divides the notebook in two different parts. The first one is made with watercolors and pen writes and it displays a collection of natural colors like sienna, tan, green and red. In this first part the artist gives us representations of chained slaves alternated with reflections about the idea of freedom developed by the historical reconstruction of the Slave Trade. The artist investigates the privations resulting by a chained life and he wonders about the consequences produced in the african continent by a massive exploitation acted by the european peoples.
The second part of the notebook is turned on by stronger colors, a thicker and restless line and a bigger font. Object of this chapter are modern times and the idea of common goods and common bads. Easily identified as common bads are smoking (which is a common theme with others notebook so it perhaps is actually a problem in Senegal) and the devastating consequences resulted by the oil extraction. Nature, instead, is considered the most important common good.