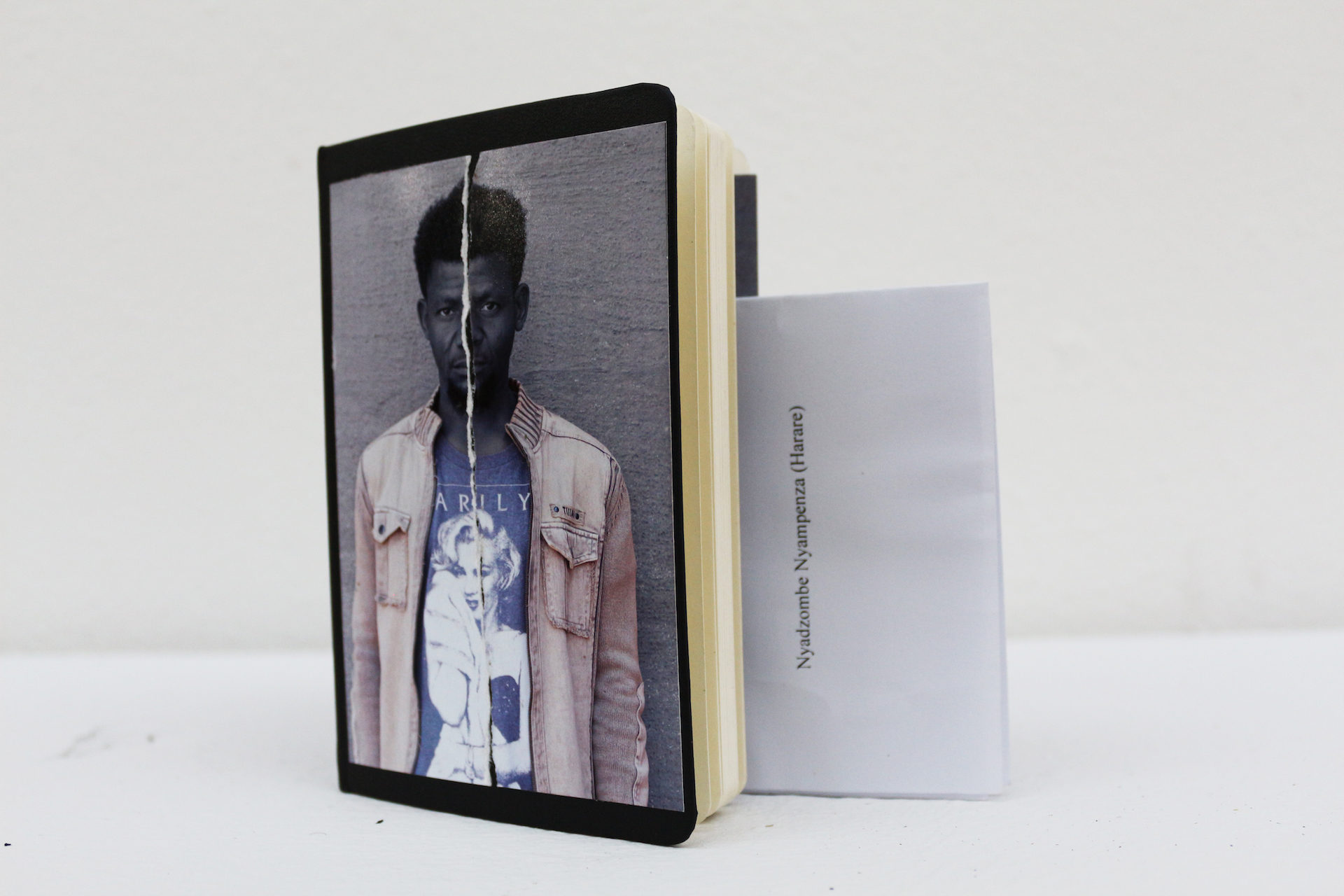 ‘I am’ is an affirmation of self, and a reference to the concept of God. The work is a process of redeeming my Mozambiquean heritage as a Zimbabwean by Birth and through Naturalization. The process became necessary because of the humiliation I felt at being labeled as the other.

The cover image alludes to a split personality, the way I feel at being viewed as an outsider. The blank pages represent the silence of complicity; it is also a conspiratorial silence. The large volume of blank pages is meant to equate with the negative impact of the content. I also magnified the space occupied by silence, as a form of protest against the short-sightedness of privilege. The pages that come after have a juxtaposition of two photographs of the same image to show my revolution as a movement from one state to a more ideal state. I start off with a photograph that has been cut into many square pieces. The fragments represent a puzzle I have to put together in reconstructing my self-image. The next image has one of the photographs cut in strips to represent a consuming wind rising from the ground. It is a literal translation of a traditional belief that a person filled with hatred can direct evil winds against another causing misfortune. The covered eyes reflect erasure because of not fitting in. In the next set a burned photograph is dedicated to Ernesto Alfabeto Nhamuave. An emigrant from Mozambique Ernnesto was burned to death by a mob in Johannesburg, South Africa in 2008. In another set one photograph is veiled by a tobacco paper commonly used to roll cannabis in Harare. This speaks to the veil I imagine covering people’s eyes allowing them to see only stereotypes when they look at those who come from another place. The photograph with many scratch marks is for Emidio Josias Macia a Mozambiquen taxi driver who in 2013 was dragged handcuffed to a police vehicle and later died in police custody in Johannesburg. The scratch marks represent the shaming I was subjected to for having a different and strange sounding name. The scratch marks were induced by dragging the surface of the photograph on the tarmac using my own hands, a process that reflects internalized hatred and inherited trauma. The image on the back cover represents a resolution to my conflict. I put the image on the back to show that the end is only another beginning. 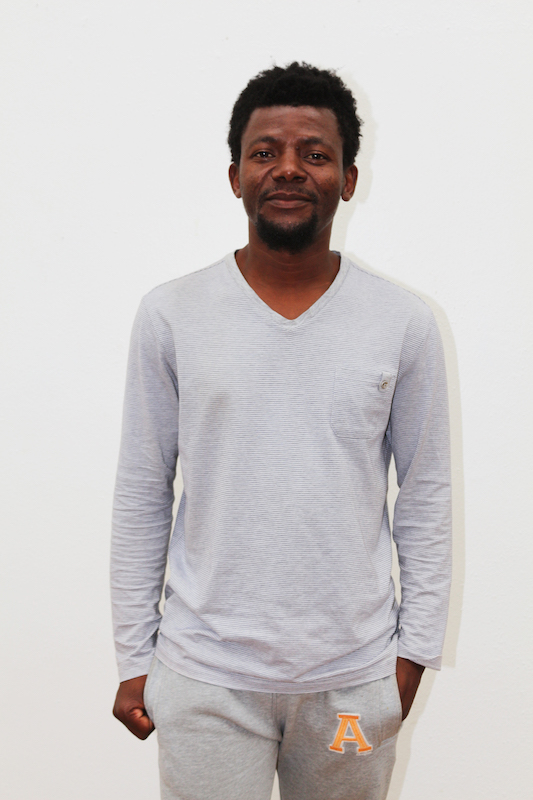 Self-taught, Nyadzombe Nyampenza is a conceptual artist who photographs still life, found objects, and staged narratives. He was awarded second prize at Zimbabwe’s Annual Art Exhibition for 2016. Between 2012 and 2013 he participated in the Joburg-Photo-Harare Masterclass which was facilitated by South Africa’s Market photo Workshop and Harare’s Gwanza Arts. In 2015 Nyadzombe Nyampenza participated in the Bamako Encounters in Mali. Nyadzombe has been involved with Zimbabwe photography collective Gwanza Arts and exhibited with them annually from 2011– 2015. His work has been exhibited at Zimbabwe National Gallery Harare and Bulawayo, and at Village Unhu. Nyadzombe Nyampenzas’ project on entrepreneurship was selected as one of the winning entries to a global call made by The Other Hundred, and was published in the photobook by the same name released in 2015. His images were selected for the opening exhibition and book launch for the Other Hundred in Hong Kong. In 2016 Nyadzombe was also one of the winners for The Other Hundred 2016 edition on Education. From 2011-13 Nyadzombe worked with Savanna Trust documenting the International Protest Arts Festival.