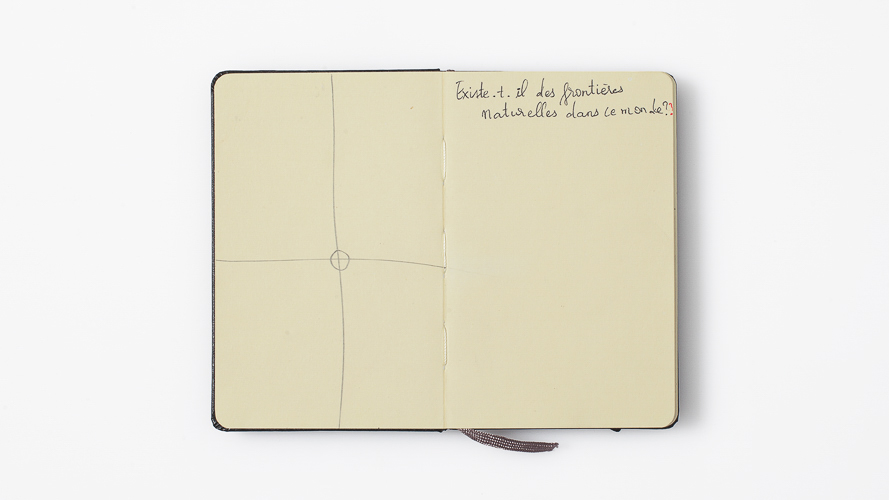 Here’s a notebook that melts together a minimal layout and a powerful message that the artist writes down using few, but meaningful words. Ned Manè Toure reflects on the idea of borders thought as an artificial construction: in fact the artist shows that even when we find natural borders, for example the Pyrenees, from both sides of the mountains we are actually faced with the same people. It’s the common history that makes a people so the entire Africa can be considered as a single body where to promote integration between States through supranational political organizations that work to achieve an unified economy. Integration in Africa needs to be supported by new infrastructures and by a political system that works towards free information and free circulation of people and goods. Only in this way it will be possible to get a real democracy which involves all African states at the same time.