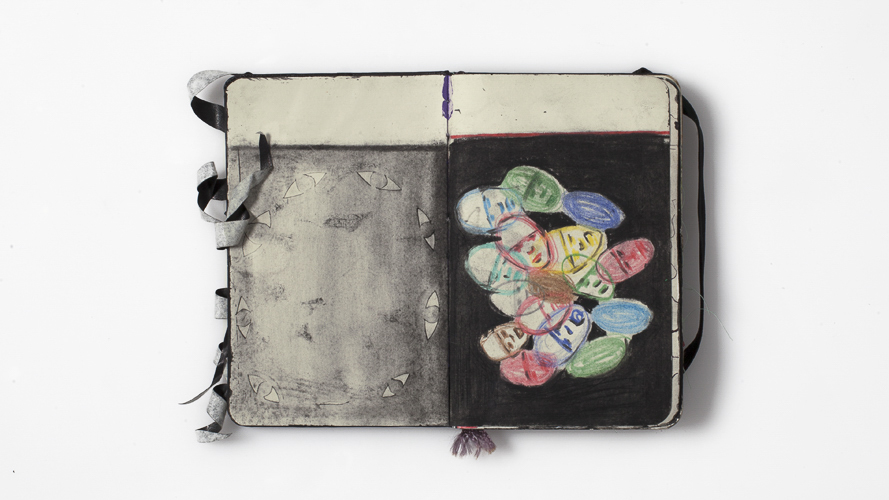 The first operation made by the artist on the notebook is focused on the cover. Parts of the surface have been removed to produce an alternation of “volumes and hollows” which gives rhythm to the cover. In the first page the artist gives us the welcome into his own world which is complex and scary. A page fully covered by soil and rusty nails with a reference to the year 2002 reminds of the bloody civil war, burst between the rebels and the president Gbabo’s army, which has spread terror across the country for ten years. Whereas some other illustrations tell us about the environmental disaster of Probo Koala happened in 2006. The toxic substances carried by the merchant ship Probo Koala were dumped illegally in several junkyards in the suburbs of Abidjan. The toxic gases emitted and the pollution of the ground have caused many victims and several intoxications, starting a chain reaction of unresolved consequences on the environment and population. The artist shows us a broken identity which has to face difficulties and horrors, but also lightened up by prayer, arts and by the bond with his mother.