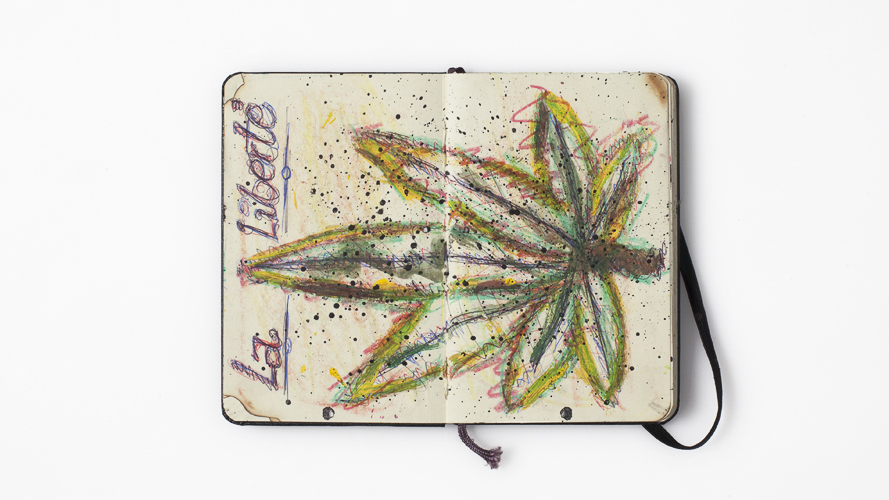 The artist puts all his dreams and hopes for the future in this notebook and at the same time tells us about his habits and his certainties. In addition to daily life objects such as books, cigarettes and beer, Eliè Tourè depicts the village where he belongs and a big marijuana leaf as symbol of the Rastafari culture which he declares to be part of. The author also expresses his appreciation for the rapper La Fouine that he considers an example, the artist in fact dreams to become a singer and build his own production company called “Seven Art”. The notebook ends with the drawings made by the children of Adjahui during the trip that the workshop participants made there.