"How to make ideas happen"

“How to make ideas happen” has been the theme of the AtWork workshop led by the Chinese artist and intellectual Ou Ning and introduced by the artist in conversation with Maria Sebregondi- the original Moleskine brand creator.
AtWork Lab Florence has been co-created by Moleskine Foundation and Polimoda in the frame of Bishan Project: The New Rural Reconstruction Movement, Ou Ning’s solo exhibition on the evolution of the Bishan community that the artist started to conceive in 2010 on a notebook donated to Moleskine Foundation’s artist notebook collection. The notebook traces the ideas of the artist and of the authors that have formed the Bishan community together with him. Page after page, the imagination takes a hybrid form, between the history and the present: traditional constructions next to vectorial graphics, iconographic motifs of the rural tradition and pop culture.
The solo exhibition is part of Momenting the Memento, the IFFTI 2015 annual conference.

“Utopia is about trying your best and realizing it” 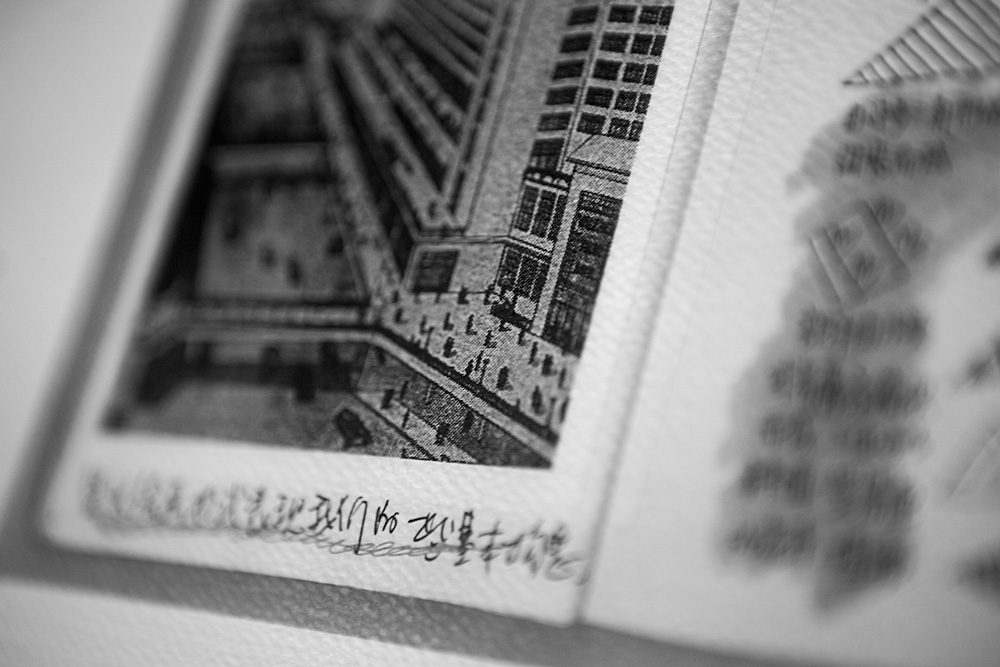 The 2-day workshop took place during the conference and was hosted in the Florence National Library.
The village of Bishan, is a prototype of a return-to-rural-life community in the South-East China, conceived by Ou Ning on a Moleskine notebook, that tells the story of an unexpected place. A place created by an artist that has put together the intellectuals, other avant-garde artists, designers and students of the big Chinese metropolitan areas, architects, musicians, writers, directors and craftsmen thanks to the same vision. A seemingly utopic vision that quickly became a reality that contaminates the antique traditions with the future of the new China.
Inspired by the work of Ou Ning and the speech of Maria Sebregondi a group of 20 Polimoda students from various backgrounds have taken part in the workshop, exchanging thoughts on how to make ideas happen and creating unique artworks on Moleskine notebooks as a result of the discussion.

“How to make ideas happen? Abandoning rules and structures and retrieving the dimension of freedom that is closer to the primordial chaos” 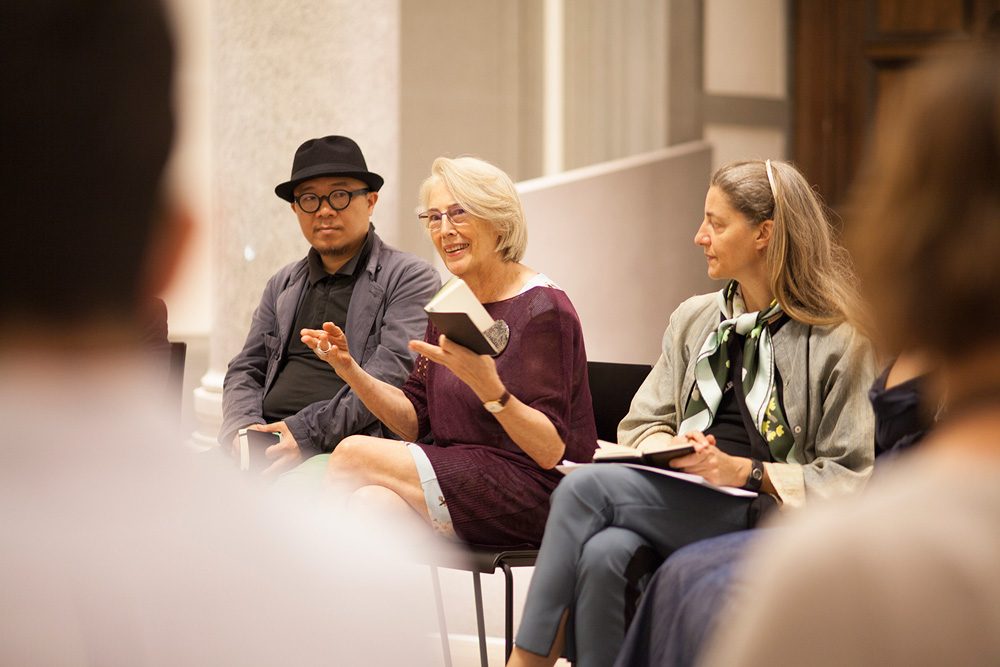 Ou Ning‘s artistic endeavours encompass multiple disciplines. As an activist, he founded U-thèque, an independent film and video organization. As an editor and graphic designer, he is known for his seminal book, New Sound of Beijing. As a curator, he initiated the biennale exhibition Get It Louder (2005, 2007) and launched the sound project in China Power Station, co-organized by Serpentine Gallery and Astrup Fearnley Museum of Modern Art. As an artist, he is known for the urban research projects San Yuan Li, commissioned by the 50th Venice Biennale (2003), and Da Zha Lan, commissioned by the Kulturstiftung des Bundes. In 2009, he was appointed the chief curator of Shenzhen & Hong Kong Bi-city Biennale of Urbanism and Architecture, and was chosen to be a jury member of the 8th Benesse Prize at the 53rd Venice Biennale.

Maria Sebregondi is the creator of the Moleskine notebook line in the 1990s. Since 2007 she has been Director of Brand Equity and Communication at Moleskine SpA. Previously she worked independently as a consultant on strategic communications and product concept. She collaborated on several training projects related to creativity and innovation intended for businesses and institutions. Author of several socio-anthropological essays on contemporary change and numerous articles for newspapers and magazines, with a special emphasis on new linguistics, she has worked on the subject of writing in different fields: creative writing, copywriting and communication, essays and literary translation Her professional experiences led to several teaching positions at various public and private universities. She is a founder of the non-profit Moleskine Foundation and a member of OPLEPO, Opificio di Letteratura Potenziale.

“AtWork is a possibility of positive subversion”

From an idea to the reality. From a utopian inspiration on the pages of a notebook to a real creative community. As in the case of Bishan and in the creative and activist process triggered by Ou Ning, also in AtWork the notebook becomes a mental and physical place that gathers the ideas born in the moment, putting together a group of students from various countries, which become another small community “at work”.  The community that continues to grow, to evolve and to create inspirations that could bring to the most unexpected places and realities. 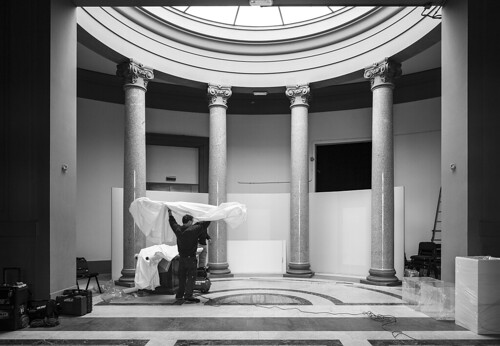 All notebooks from AtWork Lab Florence