Darb1718, Something Else Off Biennale Cairo

Favoring connections between different artistic and cultural communities; and promoting innovation and social change through culture: these are the goals that prompted the artist  Moataz Nasreldin and Simon Njami to create and bring into existence the first edition of the Off Biennale Cairo entitled Something Else. Starting on November 28, this major month-long event with the headquarters at Darb 1718, Contemporary Art & Culture Center in Cairo, but has also spread in various locations around the city bringing art to the larger audiences outside of its usual context.  AtWork Chapter 04 has been implemented within the Off Biennale framework. 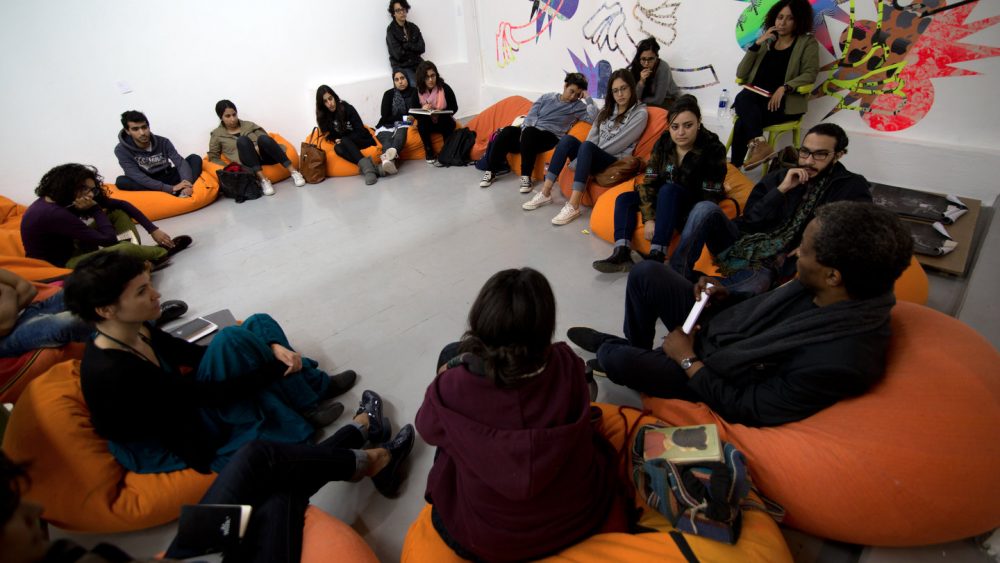 In this context, AtWork workshop involved 16 local young creative talents under the guidance of Simon Njami, in collaboration with the artist and visiting assistant art professor from the Department of Art of the American University in Cairo Heba Amin. The workshop drew its theme from the title of the Off Biennale: “Something Else.” In the social context of Cairo, where the freedom of speech is constantly threatened AtWork was an opportunity to come together to speak and think freely, search for new artistic and social perspectives on the world; a way to question one’s certainties, step out of one’s comfort zones, seek alternative routes off the beaten track, and overcome pre-established schemes. 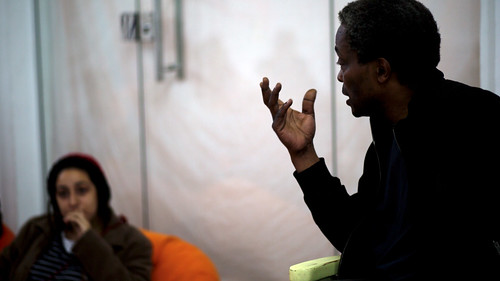 “When we talk about the environment that is very politicised, that is censored, that is surveyed, the only place where criticality is occurring is in the art world. So it’s really important to involve workshops like AtWork within the educational and institutional setting because this allows students to explore intellectuality, curiosity and criticality in ways they might not in the classroom.” 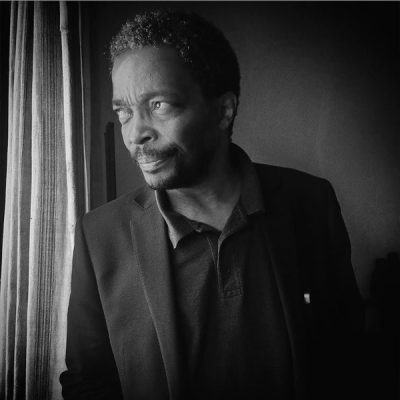 Simon Njami is an independent curator, lecturer, art critic, and writer. He is the co-founder and editor-in-chief of “Revue Noire.” Previously, Njami was the artistic director of the Bamako Photography Biennial 2000-2010, and co-curator of the first African pavilion at the 52nd Venice Biennale in 2007. He has curated a number of contemporary art and photography exhibitions, including Africa Remix (2004-2007) and the first African art fair in Johannesburg in 2008. In 2014, The Divine Comedy exhibition, created and curated by him, started a world tour at the MMK (Museum für Moderne Kunst) in Frankfurt, moving on to the SCAD Museum of Art in Savannah and the Smithsonian Museum of African Art in Washington, DC. He is the director of the Pan African Master Classes in Photography, a project created in partnership with the Goethe Institute; artistic director of the Donwahi Foundation (Abidjan, Ivory Coast); adviser to the Sindika Dokolo Collection (Luanda, Angola); secretary of the special jury of the World Press Photography Awards; artistic director of the first edition of Off Biennale (Cairo, 2015) and the 2016 Dak’Art Biennale (Dakar, Senegal), the first and most important artistic event in Africa.

“I find the Egyptian society to be very conformist, very traditionalist. When I say traditionalist, I don’t necessarily refer to religion, just the people who do things the way things ‘should’ be done… So, I thought ‘Something Else’ would be the perfect theme for this workshop, because all of a sudden the kids are asked to get out of their comfort zone, to get out of their boxes, out of their ideas and just for the duration of the workshop to be someone else and to propose something else.”

In taking up the challenge launched by Simon Njami, participants have deconstructed their certainties, questioning their own identity as individuals and aspiring artists, and their relationship with the outside world. It has been a small prolific destruction, indispensable for becoming more aware of their identities and creative processes. The traces of this constitutive deconstruction are collected in Moleskine notebooks. The workshop – also attended by some of the Off Biennale’s protagonists, including Ayana V Jackson, Youssef Limoud, Nabil Boutros, etc. – allowed the students, as well as local and international artists, to exchange and share ideas on contemporary art production.

“AtWork connects people together that are not necessarily in the same community, which
broadens ones social skills and views of others knowing that we all share the same interests”

The exhibition was co-curated by participants of the workshop and Heba Amin, an international artist and visiting assistant professor at the American University in Cairo. It opened on March 6th, 2016 at Darb1718 artistic center with an exhibition display designed to make each notebook a protagonist of its own. The public interacted with individual pieces, making the notebooks come to life. It was an occasion for the workshop participants to interact with a larger audience,  share their piece of “something else” and discuss the topic of artistic expression in the complicated political context of contemporary Egyptian society.

All notebooks from AtWork Cairo Chapter 04